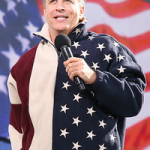 Last week Jon Stewart ran a segment on “The Daily Show” that got a lot of buzz, and a large number of Facebook posts and e-mail forwards. On the segment entitled “Faith/Off- Easter vs. Passover” Stewart compares the fun quotient of Passover versus Easter, and beseeches his Jewish brethren to step up their collective game in order to make Passover more enticing to children. He contrasts the White House celebrations of both holidays to make his point. Passover is shown to be staid and formal, full of such child friendly delicacies as horseradish roots, boiled eggs dipped in saltwater and Matzo Ball soup. Easter, on the other hand, is celebrated with Easter egg hunts, cartoon hero mascots and chocolate galore. To emphasize the point, Stewart takes out a basket of Easter chocolates and a Seder plate, asking which a child would prefer, and suggests that Jews develop a more kid friendly Passover replete with amusement parks rides, animated characters and the like.

Stewart does speak to a segment of the Jewish community who feel that Jewish holidays are eclipsed by their Christian counterparts in the fun and excitement department. While I find Stewart to be a smart, funny and insightful comedian, satirist and social commentator, I think he’s missing an essential point. That is, just because something is fun and exciting doesn’t make it relevant and memorable.

The Easter celebration at the White House, which Stewart mocked for it’s frivolity, mimicked an over-the-top kid’s birthday party. Cartoon Characters! Chocolate everywhere! Goodie Bags! However, how many childhood birthday parties does a person remember as an adult? I can’t clearly remember a single one. They are all lumped together in a collective memory. A good time was had by all, but nothing all that memorable happened. It’s not difficult to get children to be excited about candy and fun, but you have to realize that as that child grows up those memories fade and they become irrelevant to their adult lives.

While we are encouraged to make the Seder fun and lively for children, that is only a means to a more important ends. The Seder is ultimately trying to plant a seed in a child’s mind that will grow in adulthood, not stuff them with short lived gratification. We see today more than ever that as we grow up we develop a distinctive need to connect to our past, to understand where we come from. Genealogy websites are extremely popular (ancestry.com is the 148th most popular website in the U.S.), and Jewish organizations continue to bring large groups to Eastern Europe to see firsthand where our grandparents and great-grandparents lived and how the Ashkenazi Jewish community used to function. It is a uniquely human psychological and emotional need to connect to our roots. Our identity is solidified by knowing where we’ve come from, and without that sense of belonging we can search our entire lifetime looking for that connection.

That is what Pesach is trying to impart. It is, for the most part, the same story with the same traditions year after year. Even so, Jews the world over, even very secular Jews, participate in the Seder. Even many non-Jews, including the President, do the same. That is because it speaks to one of our most basic human needs, connecting us to our past and teaching us where we’ve come from. The success of the Jewish people is contingent on this very concept. Why should I care that my ancestors were Jewish? Why should I feel a connection to Jews the throughout the world and to the land of Israel? Pesach answers that very question. When we are connected to our ancestors and to our people, then we are connecting to our very identity.

Do you know what parties I remember as a child? I remember both of my grandparents’ 50th anniversary parties. I remember my father’s 40th birthday party. I certainly remember the Seders I spent with my grandparents, cousins, aunts and uncles. I remember my older cousins daring me to take a bite of the horseradish root, my Zeidy’s tunes to the songs at the end of the Seder and my younger sisters singing Mah Nishtanah. I remember that clear as day, even though I can’t remember my best friend’s 6th birthday party. Those were adult oriented and not nearly as fun as the birthday parties,, but as I have matured those memories become more and more meaningful and I long to create those same memories for my children. What Jon Stewart doesn’t understand is that at the Seder we aren’t trying to recreate Willy Wonka’s Chocolate Factory, we are trying to create meaningful memories that will mature with the child and forge a connection to the Jewish people for the rest of their lives.

Let’s see Batman and the Easter bunny accomplish that.

16 comments for “What Jon Stewart Fails to Understand”