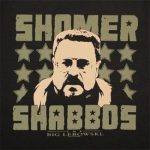 I like to consider myself a Jewish profiler. I remember when everyone was going nuts over racial profiling in airports. I used to do a little profiling of my own – on the streets of my Jewish community every Saturday morning.

I am sure there was a simpler time in the Orthodox community, a time when there was togetherness among Jews and everyone was just trying to earn enough rubles to put some bread on the table, but those times are gone and they have been replaced with an extreme social orthodoxy that likes to judge you right down to how you greet people in the street on Shabbos morning, or shall we say Shabbat.

In general – Sephardim, who always say Shabbat, are excluded – someone who says Shabbat instead of Shabbos is viewed as less religious by those in the more black and white communities. I’m sure it has something to do with trying to be more aligned with Israel by using the modern Hebraic tuf pronunciation instead of the shtetl Suf, but I doubt that most people are thinking so deeply on the matter. I can only say how the snap judgements are made amongst my brethren.

Although I grew up modern orthodox, we always said Good Shabbos, only once I hit yeshiva and realized that orthodoxy was a caste system did I start to make exceptions and learn the rules of the game.

Generally I wish good shabbos to any male wearing a black velvet yarmulke, black hat or furry hat. Generally I wish shabbat shalom to those in knitted or crocheted yarmulkes, baseball hats, or non-black hat fedora style hats. Unfortunately it can get somewhat complex when dealing with the middle of the road yarmulkes like suede and black knitted which may be worn by very religious or non-religious Jews. Generally I wish those who I don’t know where they fall a shabbat shalom, because it’s pretty safe.

I have a feeling that most aren’t profiling, they are sticking with their way of doing it, but for some reason I always feel like making people comfortable and there’s a certain comfort in know that some of your own kind are walking the streets with you, in the same way spotting someone else not wearing a white shirt in a see of white and black can make you feel.