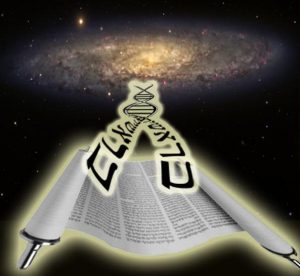 There often lies within each parsha the potential for a disagreement between the Akivan and Ishmaelian perspectives, and although it may appear as a tangled mess of discrete points of dissension, in truth, there is a virtual fault line the separates the Akivan/Ishmalian divide into neatly defined positions that essentially constitute competing worldviews.Much of the disagreement develops forms the fundamental rift between the two perspectives that basically derives from just a few, pivotal elements of contrast.  One such element, as we’ve been discussing for the past few weeks, is in regards to the nature of God and his relationship to the finite world He created.  Another basic element relates to the nature of the Torah and its relationship to the finite world.  Because we took the opportunity of Yisro-Mishpatim to discuss the former issue, we sort of missed fleshing out the latter, but because all of the seemingly unrelated arguments of R’ Akiva and R’ Ishmael tend to hinge upon one (or both) of these fundamental issues, it’s easy enough to tackle the one we’ve missed in an indirect fashion, and this week happens to provide us with a good launchpad.

In respect to the origins of the Torah, the Akivan perspective is that of an eternal Torah.  This is not to say that R’ Ishmael contests the durability and everlasting authority of Torah, because the eternal nature of the Torah that the Akivan endorses and the Ishmaelian dismisses is not meant to speak to its future but it its past.  The notion that Torah existed with God in heaven prior to Sinai is Akivan in nature and was an innovation in thought — in other words, it’s not halacha l’Moshe miSinai.  While the concept of Torah min hashamayim originally meant to convey the notion that the Torah and its directives emanate from God Himself, endorsing the position of a miraculous revelation, a mystical spin took hold of it, morphing it into a claim of the Torah having existed in heaven until Moses went up to heaven to bring it down to earth.  Countering this, R’ Ishmael maintained that the Torah did not exist until it was given to Moses and the Israelites — and even then, it was given is separate sections so that some of it came into existence well before other parts, which brings us to this week’s parsha.

After a few weeks of directives regarding the construction of the Mishkan and the fabrication of all types of instruments, vessels and other holy furniture that would both decorate and function within, we finally arrive at Leviticus, the Book  of Moses that outlines what should be done in the wandering temple and how exactly it should be done.

The book begins with the instructions relating to bringing a burnt offering of cattle (Leviticus 1:3) and R’ Levi is recorded as stating the following:

Why was the bovine listed first among the sacrifices?  It is analogous to the noblewoman slandered by the royal family.  The king investigated and, finding the charges baseless, proceeded to make a great feast in her honor and sat her at the head of the table to publicize that she had been cleared of all wrongdoing.  So too here, to prevent the gentile nations from making claims against God’s love for Israel saying, “you made a golden calf,” the Holy One, blessed be He, investigated the matter and placed the bovine at the head of the sacrifices to show that Israel had been absolved. (Midrash Tanchuma Emor 15)

This falls neatly in line with the Ishmaelian view that the laws detailing the Mishkan postdated the golden calf, which develops from the notion that the Mishkan itself was a response to the golden calf, another Ishmaelian view.  R’ Ishmael understood the command to build a Mishkan as having emanated from God’s mind because Israel sinned.  Even Rashi, ever the mystic, sides with R’ Ishmael in saying that there is no necessary order to things in the Torah and explains that the command to build the Mishkan came after the sin of the calf (commentary to Exodus 31:18).  The national proclivity towards sacrifice and worship is evident from numerous places in scripture, perhaps most notably in Acharei Mos, where the view of R’ Ishmael seems to be thoroughly supported by the text:

But that was all before Sinai — once the nation experience divine revelation at Sinai, God assumed, so to speak, that foreign worship would be sufficiently attenuated by the very many laws that exist with that aim in sight and when it became quite obvious that such was not the case, He was compelled to provide a permissible outlet for live sacrifice.  According to R’ Ishmael, the state of affairs of the Jewish nation was not meant to revolve around blood sacrifice and temple worship for there was to be no temple in any that mirrored what eventually came about.  In next week’s haftarah we see a confirmation of this view — that God’s initial plan was not for there to be sacrifices in a temple.  In response to the nations idolatry, God admonishes them regarding their mechanical and faithless Temple worship:

“ki lo dibarti es avoseichem v’lo tzivisim b’yom hotzi’i osam mei’Eretz Mitzrayim al divrei olah v’zavach, ki im es hadavar hazeh tzivisi osam leimor shimu b’koli” — for I did not speak with your forefathers, nor did I command them, on the day I took them from the Land of Egypt (a reference to the original transmission of God’s desire at Sinai) concerning different sacrifices, rather it was only this that I commanded them, saying: listen to My voice…” (Jeremiah 7:22)

R’ Levi, as well as his rebbe, R’ Yochanan, and even R’ Pinchas ben Yair (father-in-law to R’ Shimon bar Yochai, the paramount disciple of R’ Akiva himself) were all of the opinion that in the times of Moshiach, the vast majority of the sacrifices will be abolished, although this is not without heavy dissent, for what purpose is the Temple in Jerusalem to be rebuilt if not for sacrifices?  Perhaps that’s why we have no Temple in Jerusalem today — because we don’t really want one — but this is another issue entirely.

Last week’s parsha begins with an interesting reference to the Mishkan: “eileh f’kudei haMishkan Mishkan ha’eidus” — “these are the reckonings of the Mishkan, the Tabernacle of Testimony…” (Exodus 38:21)  What does the Torah mean when it says it “of testimony”?  R’ Ishmael says it’s a testimony to the fact that God forgave Israel.

R’ Akiva does not say such a thing — he cannot say such a thing.  According to the School of Akiva, the the Torah pre-existed creation.  And not only that, but the Temple also predated creation (Bavli Pesachim 54a [12th wide line] and Nedarim 39b [11th line from the top]).  How this can be is nothing short of a tremendous wonder, and suffice it to say that R’ Akiva did not explain it metaphorically.  What’s key is that if the Torah existed in toto prior to creation — whether for 974 generations or more or less — there’s no way that anything could have been added along the way.  It’s this mystical conviction that drives the Akivan philosophers to make the claims that it does — that the Torah was given all at once and in a specific order and that the Mishkan was part of the original plan — and it’s the lack of said conviction that allows the Ishmaelian school of thought to make the claims it does — that the Torah was given as separate portions over many years and that the order is not necessarily compelling evidence of historical chronology and that Moses did things on his own accord and that things could have been added in later as an afterthought.  For R’ Akiva, the notion that the Torah is the blueprint of the world is everything.  For R’ Ishmael, it’s a mere colloquialism.