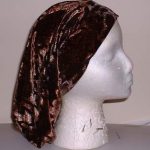 I know a lot of you are going to agree with me here, but for those of you who aren’t into cringing – I can pretty much admit that I’ve set myself up for a sequel to this post called “frum things that make me smile”. Such as a hot mushkie (any chabad girl) bending down to pick up her siddur that fell down and giving me a grand blessed is the rebbe view.

What makes you cringe?

← Is THIS what they’re teaching our children?!
Rabbis in Israel force restaurant without mechitzas to close →