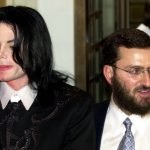 I spent 45 minutes of my life watching Pearl Perry Reich, her boyfriend Shauly and Rabbi Shmuley on the Dr. Phil Show. It was mortifying. But not because Perry and Shauly can’t speak proper English. Nor was it because of their accusations against the ultra-orthodox community. It was not because of the spectacle she has made of her private affairs.

No. The most embarrassing part of the show was Rabbi Shmuley. Over and over again he made me cringe. He managed to use another person’s painful story into an opportunity to hawk his books, ignore the issues, lie about orthodox Judaism, but most of all, Rabbi Shmuley made the show about him. It was not supposed to be about him. But he did everything he could to make it about him. Ugh.

He mentions the name of his book on relationships and intimacy at least 4 times. Rabbi, citing yourself as authority is lame. Super lame. I have never read his book but I can say with certainty that one can write a book about relationships and intimacy from the Jewish perspective that sounds completely different than his and still be true to Torah sources. That’s because there are hundreds, if not thousands, of perspectives on these issues found in our tradition. Hawking your way as the only way things happen, or even worse, the only way of truth is the biggest lie out there. Ugh.

Rabbi Shmuley doesn’t listen to Dr. Phil or Ms. Reich. He doesn’t get that she actually is losing custody of her kids because she isn’t as religious as her husband. Countless times he says to her (paraphrasing) “I am sorry to hear about your situation but that is not really the way it is in orthodox Judaism.” Why does he care so much to establish how it is or is not in orthodox Judaism? Because his book is predicated on a make -believe version of Jewish marriage. It’s as if he is afraid if people hear anything negative from our community it will cannibalize book sales. Ugh.

Rabbi Shmuley also lies in front of the entire world. He says that orthodox Judaism would have no problem with a female model. This is ludicrous. A person can do whatever they choose. But to expect that the orthodox world will have no problem with a model in their community is a bold-faced lie. Esther Petrack is a shomer shabbos modern orthodox girl who had or has aspirations to be a model and she was shunned and summarily tossed from her modern orthodox community for her modeling. To pretend that orthodox Jewish communities are cool with models is borderline insanity. This is the same community that blurs the faces of young girls in publications and photoshops women out of pictures! What are you smoking Rabbi Shmuley?! Ugh.

Ms. Reich (with Dr. Phil’s help) tries to make one point over and over again. Her point is that by marrying ultra-orthodox children off at a young age and expecting them to have a baby every 18-24 months, by the time they mature into young adults with their own ideas and aspirations that may be at odds with the community, they have 3-4 kids who are “ultra-orthodox”. If you are on a different wave-length than your spouse and you leave the community, you lose your kids. You are stuck. You need to choose between your children and personal happiness. Rabbi Shmuley COMPLETELY ignores this. Completely. It’s as if Rabbi Shmuley never heard of the insular communities of Williamsburg, New Square, Kiryas Joel, or the less insular but still similar communities of Boro Park and Lakewood. It’s as if every single couple that meets 2, 3, 4, or 5 times is somehow madly in love and completely certain of their choice to marry. It bothers me so much that he just acts as if this is not true. It is true. At least in many, many cases. Either Rabbi Shmuley is lying or he is the most severely unqualified self-proclaimed America’s Rabbi in the history of self proclaimed America’s Rabbis. EVERYONE knows that orthodox couples get married young with minimal dating. Especially the ones that are less engaged with the non-orthodox world.

To me, this is the issue. I don’t think it is a conspiracy from on high. I also don’t think there is malice. But it is a reality. It is literally impossible to create and enforce a hermetically sealed community in 2012. Information is too readily available, the Internet changed all that. There is zero chance that a community will remain 100% isolated from the world at large. Fact. People who marry at a young age that have children as per the script may find that their current situation is not desirable to them and they may want to leave or adjust their lives. This is inevitable.

This leaves several options. One option is to enforce insularity and hope it works for everyone. If it doesn’t work for a few individuals it is collateral damage. In this view, Reich is collateral damage. She wants to leave, she is hurt, she is unhappy, let her go. Whatever happens to her is out of our hands. A second option is to recognize that the insular community is not appealing to everyone and help bridge the gap between her desires to spread her wings and the reality of the family situation. I think this is what happens in less insular communities. It has to happen that way because when there is engagement with the outside world, tolerance is inevitable. A third option is to disband insular communities. I’ll keep dreaming…

I don’t know any of the details of Ms. Reich’s life or her situation. But I do know that her story follows a familiar track. She is not the only person to feel the way she does. She may have taken the fight public or gone to greater extremes than others who feel as she does, but I am certain that her situation is not unique at all. I have been consulted by people who have similar feelings. I know there are more out there. Again, the people I have spoken with are not yelling and screaming like Ms. Reich. Nor have they moved from one extreme to the other with such gusto. But they are thinking that the decisions they made in the early 20?s are not the same decisions they would make later in life. Some of them feel stuck. It’s quiet and civil, not loud and antagonistic. But then again, they are not faced with losing their children. I imagine if that were the case, they would empathize even more with Ms. Reich.

I think Rabbi Shmuley is making a grave error by pretending that everything is perfect everywhere. A storm is brewing. It’s time to batten down the hatches. It is not time to lie and sell books. I also think that Ms. Reich’s opponents are in a lose-lose situation. But they are making one very big mistake. They seem to think that Ms. Reich is a problem that must be dealt with. The truth is that Pearl Perry Reich is a symptom of a problem. She is not the problem. The sooner this is understood in the ultra-orthodox community the sooner the causes of those symptoms can be addressed.

Link: Dr. Phil (only portions are online). Some parts are on YouTube as well

← In defense of Pearl Perry Reich
Behind the Charedi PR machine →

57 comments for “Shmuely Boteach was more embarrassing on Dr. Phil than Pearlperry Reich”