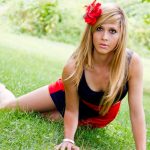 In the recent, very heated debates over the legitimacy of Pearl Perry Reich’s claims of abuse by rabbinic authority, many people have criticized her use of the word “cult” in describing her former ultra Orthodox community. Although I don’t think it’s necessary to use such loaded words against a whole group that may include others like her, the truth is the beliefs and practices she’s referring to do NOT represent Judaism as a whole, not even Orthodox Judaism. Like the 212 rabbis that signed a “Torah” declaration that mandates all gay people attempt dangerous and irresponsible conversion or reparative “therapies” and simply ignores conclusions of medical and mental health professionals and the harm to people to those attempt to “change”, the rabbinic and community authorities that Pearl Perry Reich criticizes are standing on the wrong side of history, abusing their power to force others to conform to their beliefs and standards. The people that are behind this great injustice against mothers like Pearl are akin to those that spit on children in Israel, orthodox Jewish children that aren’t dressed as modest as certain extremists would likel; it’s a certain form of extremism that attempts to literally force people to accept what they believe as the only truth.

The really insidious part about maligning and dismissing Pearl Perry Reich and others like her who speak out against abuse as simply angry, hurt and unreasonable “victims” is that it only deflects attention from the more important points: Abuse does happen to people all the time, and we can’t ignore it. As someone who suffered abuse of power, I have been angry, and many people still lambaste me as someone who’s just angry and therefore shouldn’t be taken seriously. But, isn’t only natural to be angry about abuse and injustice? I cannot fathom how some are not infuriated by outrageous abuses of power and injustices. Instead their fury is misdirected at the people who have been abused by authority and have the courage to speak out. Survivors may very well be rightfully angry, but that does not diminish their claims. Nor does the fact that the truth may make some people “look” bad. If we were truly concerned about how we might “look” we would want to prevent abuse in our communities, and we certainly would not tolerated it or condone it by trying to discredit the brave survivors courageous enough to tell the truth, to call out the ones who hurt them and to call for justice and change.

As time goes by, more and more people are bravely and courageously coming forward about injustices done to them by the so-called “righteous”, who have been allowed to hide behind white shirts and black hats or the title of “rabbi”. We should all be thankful for their courage and honesty; I certainly am. Their honesty is not a crusade against Orthodox Judaism or even specific communities. It criticism of specific abuses that happen within communities, a call not to back and defend abusers allow them to continue operating behind the mask of religion — it is a altruistic call for justice. The harm experienced by those abused is not undone by speaking out, but, hopefully, others may be spared.

Pearl is not alone in her struggle. Another woman sent me a private message on my recent blog post on Pearl’s story and gave me permission to share her story anonymously:

I’m waiting two years for a get (Jewish divorce). My ex is absolutely refusing to give it. I’m frum (religious – orthodox) and a good mom. He doesn’t even have an interest in seeing my son; he will go for as long as 7 months with no contact whatsoever. He’s just refusing because he can. And, every single rabbi I went to says he doesn’t have to give it if he doesn’t want, and tough luck on me. And, these are “rabbonim (rabbis)” from across the board. I started trying to get help from within Lubavitch. They don’t care. I went to modern Orthodox, Yeshivish, Sephardic… They all say the same thing. That its better to live with an abusive guy than get divorced.So yes, Perry is right. It is a cult. But not just to those who try to leave it….

Others are being harmed by the same system that Pearl is taking a stand against. People’s bravery in standing up against abuse and injustice should not dismissed or diluted because some terminology used might seem offensive. A rose by any other name would still smell as sweet, and abuse and injustice should still be infuriating and intolerable however they might be (mis)identified. Personally, I would not call religion a cult on national television. For me, potentially loaded terminology can alienate open-minded Orthodox people and distract away from the real issue, which is not religion, but rather abuses abuse and injustice at the hands particular people who claim to be religious. Stories like Pearl Perry Reich’s, hopefully, will inspire change, help end abuse and give hope. That is the motivation for coming forward.

← An interesting look at what a Charedi newspaper censors
Shmuely Boteach was more embarrassing on Dr. Phil than Pearlperry Reich →

107 comments for “In defense of Pearl Perry Reich”