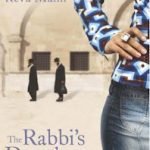 Please note that there is a difference between a Tuna Feigel & Tuna Meidel (Both female). Or more importantly female versions of the Tuna Beigel and Chassidish hockers.

Tuna Feigel: A tuna Feigel is a chic that was chassidish but wears pants or is not religious, basically not trying to fit in, like the girl version of the tuna beigel type that you find at Nussy’s Thursday night around 11 PM. You know, the guys that rip into the parking lot at 90 MPH and park in the fire lane even though there aren’t any other cars parked in the lot, the same guys that you don’t think they are Jewish until they start ordering in Yiddish….. Tuna feigels are called feigels bec wherever they go they guy you can always hear the their friends calling their name; like, “Feiggeeee!”. Even though they aren’t religious anymore.

Tuna Meidel: A tuna Meidel is more moderate. She is more subtle. She is the chic that is cooler than her chassidic friends. She wants to fit into the community but yet she goes clubbing with her/ur hubby or bf looking like a hot chani. I often associate them, like your hot chani description, with eating sushi, “Yoysh! I looove Sushi!!”. Not all Tuna Meidel(ech)’s have bf’s or hubby’s. The ones that are married usually live in Airmont…

← Ignorance is Bliss
Buddhist putting on tefillin with chabad →