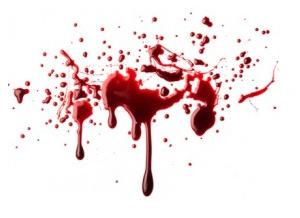 The aggadic schism between the schools of R’ Akiva and R’ Ishmael acts to distinguish between accounts of past events that may seem largely irrelevant to modern-day observance, but tends to form the underpinnings of how we are trained to relate to Judaism nonetheless. R’ Akiva, the maximalist, does not hesitate to generally promote an exceptionally marvelous version of events far exceedingly that which is supported by the biblical text, while R’ Ishmael, the minimalist, generally interprets biblical narratives as is, and more often than not, the events described in the generation of Moses are explained as having been thoroughly ordinary.  What one expects from biblical narratives is wholly dependent on how one has been trained to expect, and two individuals originating at opposite corners will be equally as surprised to hear what the other side has to offer — it just happens to be that the last few hundred years have been so saturated with Akivan mysticism that the trend is to be utterly taken aback by Ishmaelian rationalism when one first hears of it.

The past few weeks of Torah portions have afforded the Akivan with much to elaborate on.  What with Moses’ initial encounter with Pharaoh and his eventual escape from Egypt as the leader of the fleeing Israelites, not to mention the 10 plagues, splitting of the sea, the manna and the events surrounding the momentous occasion that comprised the experience of Sinai, I don’t think my 6-year-old daughter has learned any actual Torah in the last four weeks.  Before I’m jumped on, allow me to qualify: sure, one can complete entire talmudic tractates without learning too much Torah, and by Torah I refer to the written text of the Five Books of Moses, but my daughter is not in a high school level Talmud class.  One might suppose that parsha as taught in the 1st grade might consist of come actual parsha, but not in the yeshiva where mysticism rules.  It’s too bad they’re not as mystical about where their funding comes from — no, they’re quite rational about that.

This week might be the turning point, though, ladies and gentlemen.  What’s so mystical about slaves and murder and ox thieves and bribery and widows’ rights?  Alright, so there’s some witches mixed in, but it’s only three words!

And then we get to the sixth section of Mishpatim (Exodus 23:20), where we sort of fall off into a parallel universe, wondering how we seem to move so smoothly from festivals and kosher to angels that share God’s name and before whom we must comply with the laws so that God will bless us — quite the oddity.  But perhaps we’ll speak about Metatron another time.

Similar to so many other accounts in the biblical text, the divine encounter at Sinai is repeated from multiple perspectives and although we got one glimpse of it last week, Mishpatim closes with another.  Moses is described as involving the priestly first-borns (for the priestly status of the tribe of Levi had apparently not yet been established) in some form of sacrificial activity and Moses is described as halving the blood of the offerings into two parts (Exodus 24:6) and depending on who you believe, the blood was either sprinkled on the nation (Rashi) or poured on the alter (Onkelos).

In ordinary form, there’s a scramble by the commentators to explain how it was, exactly, that Moses was able to divide the blood perfectly in half.  R’ Yehuda bar Ilai, profoundly influenced by his Akivan upbringing, explained that the blood divided itself.  R’ Nosson HaBavli claimed something else no less miraculous: half of the blood turned black, making the perfect division a simpler task, although how exactly this made it easy (or even easier) for Moses remains somewhat unclear, but that’s not the point.  R’ Yitzchak asserted that a heavenly voice came to Moses, pinpointing the moment at which half of the blood had been removed.  Shimon Bar Kappara invoked a more concrete form of heavenly intervention, stating that an angel appeared in the likeness of Moses and divided it.  Why exactly that would matter raises an interesting point — does it matter than the angel appeared in Moses’ likeness rather than looking like, umm, I don’t know…Wade Boggs?  Apparently, the thrust of Bar Kappara’s statement is that although it appeared as though Moses was the one dividing the blood, Moses had actually been replaced by an angel and it was actually the angel dividing the blood, and the Torah merely reports that it was Moses because it appeared to those observing the sacrificial rites as though it was Moses, but it really wasn’t.  This is quite interesting, for in leaning so far in the direction of Akivan mysticism, Bar Kappara seems to overreach the Akivan mandate by claiming that the verse says it was Moses but that it truly wasn’t, which is decidedly not very Akivan at all, in fulfillment of the general Ishmaelian notion that one who adds will end up detracting.

R’ Elazar, another ardent Akivan disciple, explained that it was the archangel Michael who held Moses’ hand told him when to stop.  Rashi, quoting Leviticus Rabbah (6, 5) , simply states that an angel came and divided the blood, in line with comments made by the Mechilta of R’ Shimon bar Yochai, authored by the the disciple extraordinaire of R’ Akiva himself.

R’ Ishmael, however, stands nearly alone in his naturalistic explanation of the verse: Moses determined the proper quantity himself.  In similar form, a rare tradition brought from R’ Judah was that Moses brought out scales, weighed the blood to determine the half point and then proceeded to use one of the two collections.

Much like R’ Akiva’s magnification of the plagues that ultimately affected the Egyptians at the sea to way beyond anything anyone could have imagined, the Akivan penchant for extending biblical events far beyond the manner in which they appear in the text has become so accepted that reading of the opposing views sometimes strikes one as offbeat, but perhaps it is time we reclaim our children’s parsha notes from the realm of the abundantly fanciful.

Check out the mystical and the rational at 4Torah.com.

← Weddings are about the simcha, not the money!
Iranian Bombs, Israeli Diplomats →