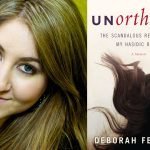 It seems that everyone (most of the frum community) was pretty pissed off at Deborah Feldman, but i guess those people never really wandered around the hundreds ex-chassidic blogs before. I also guess that every time one of our own finds a new life and talks frankly and negatively about the one “we” choose to pursue many frum folks go pretty crazy. Now to put it into an even stranger place, people are saying that the media whores featured on Oprah are the true Chassidim and Deborah Feldman is just representing a small minority and should not be listened to.

I say they have nothing to do with each other, Oprah is not seeking out former Chassidim, she is trying to sell the feel good story of Americas hidden religious people. She is trying ti garner positive attention and that is a very good thing for the Jews. Sure, the clip where she asks the Chassidic women what they would do if they had a gay child – makes them look like idiots, but most of the videos are a nice old kiddush Hashem which is always nice to see coming out of a community which rarely brings us this. The Oprah show is good for the Jews and it helps non-Jews understand out strange ways a bit more.

In my opinion, articles like the interview of Deborah Feldman (I was a Chassidic Jew – but I broke free) in the NY Post are also good for the Jews. I know that a lot of frummies are pissed off, the general reaction is one of disbelief, the reaction seems to be kind of like when you find out someone you know is refusing to give his wife a get or abused some little boys. Frummies really don’t want to believe that any of their faith and tradition is weird, but ladies and gents, no matter which way you put it, the practice of niddah is about impurity and purity – regardless of if it’s ritual or not – people generally view it as such. I sincerely think that most frum Jews don’t want to read anything thought provoking or that sheds some sort of negative light on their rituals and practices. This is because, most frum Jews don’t want to invite questioning into their lives and would rather live with the ignorance is bliss concept.

Was it negative, hell yeh it was, but she was abused and raised in a cult. Oh don’t be silly Hesh, those Chassidim aren’t a cult…though according to the wikipedia definition, it seems pretty accurate to call Satmar and other extremely right wing Chassidic sects a cult. Of course you can start raining down your hatred upon me, that’s cool, I myself gravitate towards the Chassidus of yesteryear, the type that had me smoking a bowl in the woods while conversing with God Baal Shem Tov style, but modern day cult Chassidus bodes no interest to me.

Of course you may add rightfully so that the Chassidic community really takes care of its own (as long as the women don’t leave the kitchen) with many social service programs and is generally very tight knit and loving. I don’t doubt any of this, as seen on Oprah and by my own eyes, but comparing Deborah Feldman’s plight to a bunch of Chassidim showing off on Oprah (they look like chabadnicks, which is probably farther from Satmar than modern orthodoxy)

Below is the Simon and Schuster video of Deborah Feldman talking about her upcoming book.

← You know those kids who come back from Israel and can’t shut up about it
Weddings are about the simcha, not the money! →

209 comments for “The Deborah Feldman fiasco”