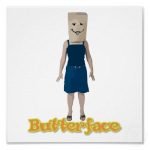 I’ve always said that much of orthodoxy ends up being about the money, sure there’s sex involved, but it almost always leads to some sort of swindel. You have the shidduch crisis, kollel and the latest mehadrin bus beat downs, which all seem to be about modesty, but in the end it’s just about money. So with that said I’m not too surprised that some enterprising charedim are trying to cash in on the chumra not to show any woman or girl in certain publications. Manyof these publications, not being intrepid in the art of photoshop, have bitten the dust as scandals about missing and replaced faces have erupted in the Jewish secular media alike. Take for instance, the now famous picture in the White House in which Hilary Clinton was removed from the picture entirely.

Luckily someone has invented a camera that does all the work for you. Now I’m sure that leading rabbonom and whoever else signs those proclamations banning or supporting something without even knowing what it is have placed their stamp of approval on this less than brilliant invention, but let’s take a moment to examine the faults of the kosher camera.

For all of you who don’t read Charedi propaghanda publications like Binah, Mishpacha or Hamodia, generally these papers allow plenty of pictures of men, but none of women, even Binah (the magazine for WOMEN, written almost exclusively and read mostly by women – will not show pictures of women) and to combat this problem, the kosher camera simply places a brown paper bag over their faces. Now anyone who read Hustler’s Barely Legal can tell you that they used to have a section called the Bagger of the month in which they featured a “butter face” girl with a brown paper bag covering her face, but it definitely wasn’t very tznius, even by nude beach standards. Yet, the kosher camera would do this same exact thing.

The kosher camera was obviously made by some tuna beigels or out of work baal habatishe guys, because they may have figured out how to remove the face, but what about low necklines, elbows and breast outlines? Or is this just for pictures like the Der Zieting Hilary Fiasco where you really can’t see her body so well and a paper bag wouldn’t inhibit the rest of the picture?

The about page explains the new kosher camera but….

To answer the need for images without the display of women and girls, our dedicated scientists have developed the Kosher Camera. Sophisticated, built-in facial recognition software analyzes a scene and detects all the faces within the frame. It then covers the feminine faces with one of several options: our Mehadrin Mask (brown paper bag), the Glatt Blot (pixilated face), or Modern Modesty (black bar obscuring the eyes).

It just doesn’t seem like it’s going to be frum enough for people who get heterim to spit on little girls and form vaad’s dedicated to beating up women who decide to walk outside wearing anything but brown, black or gray. Do these inventors expect to just waltz into the already competitive charedi market of tznius technology? I couldn’t find any signatures from respected rabonom anywhere on the site.

I do think the following feature will be a big hit at places like Feldheim and Artscroll where they have been trying to convince the entire Jewish population that every Jew living in Europe before the first world war was a pious wagon driver that knew shas by the time they were 5.

The Kosher Camera does even more, it can “correct” old family photos (black and white or color) and restore your ancestors to the way they should have been. This technology has never been used before and is now available in a simple point and shoot digital camera.

Oh how cool it would be for shidduchim if people could prove that their off the derech ancestors were really Torah abiding Jews…it would make faking your fake yichus even easier.

Find the kosher camera on 4torah.com