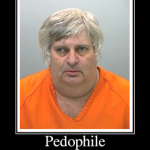 It’s a darned fine question posed by an anonymous letter on Crown Heights info and the answer is probably not. I say this in reality, because while all the comments on the site are being quite nice and saying things like “of course you will” and one person even saying “I’ll marry you”, it’s highly doubtful that a bunch of people who judge folks for a lot subtler things like divorced parents, off the derech siblings and wearing colored shirts on shabbos will want their daughter marrying someone they consider to be “damaged goods”.

I don’t say this to be tongue in cheek, I would love to see some sort of change in the way people deal with shidduchim. There is way too much judging, I’ve dated girls in the past who admitted to being abused and it didn’t change my mind about them one iota. In fact it made them seem like stronger people in my mind and I like strong women, but in the regular shidduch world I don’t see this being something that people jump on. I can tell you from personal experience in trying to set people up (this is not even dealing with parents, which chabad places a lot of value in) that the amount of stupid judging going on is crazy. Some people don’t want to have to leave their borough to date, others won’t date someone who has a facebook profile and still others won’t date someone if they have an off the derech sibling. I’m bringing up subtle issues, there are far worse ways one can be that dreaded shidduch generalization they call picky. However, let’s just say this, by a show of hands – would you date someone who outed their abuser?

Crown Heights watch is an infamous website created to publicize known abusers (the politically correct term for sexual predators) in Crown Heights. Now how would you like to date or marry someone who writes openly that they were abused? It just doesn’t seem like a great way to find a shidduch. Though it is of my opinion that if you were to date someone, you should admit your past prior to getting engaged. Admit sounds like it should be forced out of you, but if you are going to marry someone – shouldn’t they know about the “skeletons in your closet” anyway.

Search for more on 4torah.com

← Daven your gayness away with the Artscroll Gay Edition
What would happen if the internet shut down? →

59 comments for “If I out my abuser, will I ever find a shidduch?”