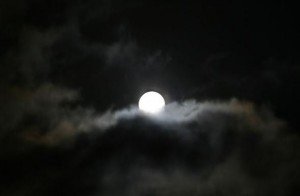 Last week we introduced the notion that, unlike all other prophets, Moses received revelation in Dolby Digital TrueHD.  In other words, the reception was so clear that Moses was able to transcribe the data with ultraprecision, providing the basis for our exacting attitude towards biblical exegesis based on such things as choice of vocabulary and grammar, as well as even the most subtlest variations in normative sentence or word structure.

But there is also another way in which we can see a difference between Moses and all the other prophets, and that is in how Moses was an innovator.In last week’s parsha, we saw Moses approach Pharaoh numerous times to warn him about upcoming plagues — each time, however, was preceded by a detailed instruction to Moses from on High to do so.  The words God spoke to Moses are not duplicated in the text as the words Moses spoke to Pharaoh, and there are two ways to go about explaining this.  Nachmanides, taking an Akivan approach, explains that Moses innovated nothing — it was merely for the sake of avoiding multiple repetitions that the Torah condensed the dialogue, making it appear as though instructions for the warnings were given but the warnings themselves were not, but in reality, Moses spoke all the words that God commanded him to in exactly the same way that he received them (commentary to Exodus 11:1).

This week’s parsha, however, reveals something unique.  It opens with the plague of locusts — very different from all the previous plagues in that it is not introduced by God with instructions to Moses to warn Pharaoh, and yet Moses is recorded as having warned Pharaoh anyway. (Exodus 10:3-6)  Nachmanides mentioned this in his commentary to 11:1 as as an example of an instance of divinely condensed text for the sake of brevity of the narrative, although it is in reversed form — Moses warning to Pharaoh is mentioned but God’s instructions are not.  If the text meant merely to make short shrift of the 10 plagues, it could have done a much better job, and to propose that the developed pattern of Moses’ conveyance of the warnings to Pharaoh being excised in favor of avoiding repetition suddenly changed to a deletion of God’s directive at plague number 8 sounds a bit contrived from a rationalist perspective.

So says the school of R’ Ishmael, for the Chizkuni maintains that Moses warned Pharaoh of his own accord — and the terminology of ko amar is used.  For Moses, then, the term ko amar can mean one of two things: that he is paraphrasing God or that he is speaking as God’s representative, but it is not necessarily so that God directed him to report such and such.

A similar textual anomaly exists by the plague of the firstborn — the text recounts no message to Moses from God to inform Pharaoh about the tenth and final plague, yet Moses does (Exodus 11:4-8)  This is accompanied by the significance placed on the discrepancy of Moses’ warning of “kachatzos” (“approximately midnight”) and the recount of the actual event, which describes the plague as occurring “bachatzos” (“at midnight”  — Exodus 12:29).

Three explanations are provided by various commentators as to why this distinction in terminology is made.  Some claim that Moses, as a mortal, did not know the divisions of the nightly periods of time accurately enough, and so was forced to comment that God would strike near midnight, while God Himself is intimately familiar with the precision of the timing of midnight, and so was able to do His striking exactly at midnight.  This is the view advanced by the Talmud (Bavli Brachos 4a, 14 lines from the bottom) and brought by Rashi (Exodus 11:4) and is intriguing because it claims that God said one thing and Moses altered the divine message, reported another thing in his revelation of the prophecy — an innovation very unlike the Akivan perspective that Moses was but a passive conduit of the word of God.

Another way of understanding this is that God never said anything about midnight and that it was a complete fabrication and innovation of Moses.  When God describes to Moses what will happen during the last plague, He makes no mention of timing, but merely states, “I shall go through the land of Egypt on this night and I will strike all the firstborns…” (Exodus 12:12)  It was Moses who not only altered the prefix of a single word of the divine message, but added to it in a very significant manner by including a time — and still using the phrase ko amar Hashem as though he was delivering authentic prophecy from on High.  This is a much more significant mode of altering the divine message, and is proposed by both Yalkut Shimoni and Pesikta of R’ Kahana.

This notion — that a tzaddik can make decrees and God must follow them — is a popular one among Hassidic storytellers and an inverse of a fascinating thing mentioned in the Talmud that “God makes decrees and the righteous can void them.” (Bavli MK 16b, 11 lines from the bottom)  In a sense, then, Moses was not relaying a prophecy — a promise of God — but triggering a divine act based on his own innovation — a coercion of God.  The Pesikta Rabbati includes a comment by R’ Berechia in the name of R’ Levi that this is what was meant by Isaiah 44:26, that “He [God] confirms the words of his servant [Moses].”

The third manner of understanding the kachatzos–bachatzos dichotomy is that there is no dichotomy.  The Mechilta of R’ Shimon bar Yochai makes little issue of the difference between the two prefixes and, in keeping with the Akivan perspective that Moses was like Tropicana — with nothing added and nothing taken away — it can be seen as maintaining the view that both God’s message and Moses’ relay were both of kachatzos with no Mosaic alteration, and the textual reference to bachatzos is grammatically insignificant.