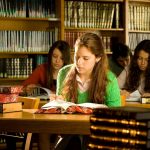 We have all seen it before, your next door neighbors kid, fresh off the boat from his year in Israel. The different yarmulke, maybe the longer tzitzis, that kissing of his hand after he shakes yours (maybe it’s an immunity thing), his harder more violent kavannah filled shuckeling and the talk of Hashem’s beauty and trying to convince everyone to move to Israel. Or what about the girls who back in skirts and throw all their pants, tank tops and secular music in the garbage without thinking twice.

For all of those who don’t know what I’m talking about, the “year in Israel” thing has been going on for sometime and this is the typical route for a wide rang of kids who grow up orthodox. Usually, after high school many Orthodox teenagers will take a year off before college to go “learn” in Israel. I put learn in quotes, because typically the first half of the year is spent partying, while the second half of the year is spent “flipping out”. Flipping Out was a term coined in the 90’s to describe the then new phenomena of kids going to Israel and flipping out by becoming super religious in a very short amount of time.

Baalei Teshuva typically go through the stage of flipping out as well, but for them it can be much worse because they typically don’t have much to go with. This is why you see people who can’t even read Hebrew shuckeling like maniacs while they daven in English or girls who throw out all of their “untznius” clothing. For orthodox kids it’s different because their parents are almost always less religious and scared of their kids becoming “frummies”.

Now I’m sure there have been a bunch of reasons for “flipping out” proposed, but I would say the chief reason is the Mob Theory. Not only is it expected that everyone will take a turn towards the frummer, but since everyone seems to be doing, it’s almost weird not to. It also may have to do with the fact that when American kids go to yeshiva or seminary they don’t come in contact with real Israelis and aren’t exposed to as much media and differing viewpoints as they may be exposed to in America. The yeshiva rabbis in Israel are mostly right wing and rarely are they “real” Israelis. Add to the fact that most of the kids going to yeshiva don’t have to live normal lives while there, most of the time their trips are paid for by family and they live in the yeshiva. They don’t have to earn a living and interact with normal non-religious Israelis much, this means they don’t really live in the place.

If you talk to a few kids who went to yeshiva in Israel, they will almost always express thoughts about living on a settlement, making aliyah or joining the army. Once back in America these same kids will express their doubts about those thoughts. Heck, I even thought about joining the army because I had nothing better to do with my life and of course Israeli girls with guns are hot.

Most kids who flip out come back down during the summer and only if they return for a second or third year do they actually remain at the levels they attained during ther first year. BT’s are the same. Although I have noticed that most people who flip out in Israel, also become very right wing politically, sometimes downright militant.