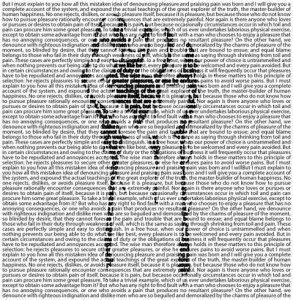 Although the Five Books of Moses is only about three thousand words longer than Harry Potter and the Philosopher’s Stone, it enjoys relative immensity in its role as Judaism’s scripture because attempts are made to take note of nearly all particular irregularities in vocabulary, grammar, descriptive terminology, narrative continuity and similar textual anomalies.

For instance, I found it interesting that it was Moses’ staff that turned into a nachash in last week’s parsha (Exodus 4:3) while in this week’s parsha, Aaron’s staff turns into a tanin (Exodus 7:10), and the division is maintained, for God commands Moses to approach Pharaoh again the following morning carrying his own staff, the one that was turned into a nachash (Exodus 7:15).  While the various commentators speculate as to why multiple terms are used — and whether they conclude that both terms refer to snakes or to different specimens of the poikilothermic vertebrate community is not the focus of my dvar Torah — almost all of what is needed to grasp the discordance in terminology exists within a somewhat continuous narrative localized to a few consecutive chapters.  What is truly intriguing is when the talmudic sages drew parallels and contrasts between concepts that span tens of thousands of verses and by doing this, developed not only an understanding of the irregularities of the text from a limited perspective, but from a very global one as well.

Moses achieved the pinnacle of prophesy.  Of all the prophecies of all the prophets, his exhibited the greatest influence and demonstrated the most significant importance.  The greatest change ever to occur to the Jewish people occurred under the auspices of Moses and to him we arguably owe our greatest debt, assuming one is interested whatsoever is recognizing the importance of the Torah he brought to us from on High.

According the the Akivan school of thought, Moses was a purely passive vessel — a receptacle through which the divine message passed but was not altered.  He neither innovated nor invented and he neither took liberties nor did anything relating to his role as leader, law giver and divine representative on his own authority.  The view of R’ Ishmael differed is a colossal manner, for the difference between never and ever is more aptly and significantly understood as one of quality as opposed to merely one of quantity.  R’ Ishmael viewed Moses as a partner in prophecy and as a sort of adviser to the King of Kings, evaluating and criticizing His threats (as in response to God’s anger after the poor report of the spies — Numbers 14:11-20), construing the divine orders in modified terms (as when he added a day to the pre-Sinaitic campaign for readiness — Exodus 19:11-15) and even, perhaps, in forcing the divine hand (as we shall investigate in greater depth next week).

Moses, then, had a particularly keen awareness of God and His methods and was able to both anticipate and engage God in a manner unlike any other prophet before him or afterwards.  What separated Moses from the other prophets was his ability to speak to God panim el panim — face to face. (Exodus 33:11)  The School of R’ Ishmael, not one to understand such a term in any way depicting anything physical, explained this to mean that Moses was uniquely able to perceive the divine will so clearly — b’aspaklaria hameira — so as to equate it with one understanding instructions from a fellow man. (Bavli Yevomos 49b, 8 lines up from the bottom)  The other prophets, unable to achieve this exquisite level of discrimination, were forced to report their prophecies as approximations of divine intent, and they utilized the terminology of, “ko amar Hashem,” “thus says the Lord,” indicating that their words were not the words they received from God, but a paraphrased message that incorporated the general divine checklist of what it was that God wanted the people to know.

Moses, however, could utterly grasp the divine message, having received it directly as a profound exchange with God Himself — and it is because of this that we can even have a body of legislation based primarily on the Five Books of Moses, because the vast majority of messages were transcribed directly from his communications with God (something the other prophets were incapable of achieving).  But, according to R’ Ishmael, Moses was given license to broaden and accentuate the divine message as a function of the liberties he took in transcribing the text of the Five Books of Moses.  And when Moses wrote “ko amar Hashem” into the text, as he did, for example, in Exodus 7:17, 7:26, 8:16 and 9:1, what we are to understand from this manner of language is that the words that follow are not the words of God, but the words of Moses paraphrasing God.

This divide between the Akivan and Ishmaelian schools of thought will be elaborated on next week when we see clearly from the text that Moses introduces the eighth plague of locusts to Pharaoh — without having been instructed to do so — with the term “ko amar Hashem.” (Exodus 10:3)

For more on Moses and his Five Books, please visit 4torah.com.