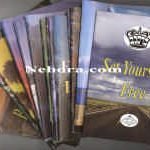 Someone posted this on another post so I decided to repost it, because I love some good old propaganda. II’m not surewhether the story is true or not, but I found it pretty entertaining so why not? I love how women trying to sit on the front of a bus are considered activists in this day and age.

The 350 Mehadrin bus[1] from Bnei Brak to Ashdod is normally jammed, but at 3 PM more than half the seats were still vacant. Four young women in slacks, obviously not from the Haredi[2] or religious neighborhoods along the route, boarded the bus at the stop adjacent to the Coca Cola factory in Bnei Brak. Rather than moving to the rear of the bus, they sat down demonstratively in the front two rows seats on the right side of the bus. Some of the male passengers were baffled; two others decided to get off the bus. A Breslever Chassid, sitting across the young ladies on the left side of the bus, simply closed his eyes and smiled. This was not a reaction that the headline-seeking heroines were looking for, having so boldly entered the mobile Haredi lion’s den.

No one yelled at the fearless four, women’s-rights or democracy activists in their late twenties. No one even spoke to them. There was nothing to document on their cell-phone videos. What a waste! Well, at least they might be able to take a nice walk on the beach in Ashdod…

If there’s no news, then make the news! One of the young woman got out of her seat (while the three others were poised with their cell-phone video cameras, waiting to pounce on the action they hoped would come) and stood next to the Breslever, whose toothy smile would have done justice to any Crest or Colgate commercial.

“Hey, why can’t you look at me?” the young lady asked abrasively, obviously itching for a conflict.

“Do you want your husband looking at other young women?” the Breslever responded.

“I bless you that you should find your soul-mate this year!”

The activist wasn’t ready for this turn in the conversation. She needed to steer things differently. “What are you so happy about with that imbecilic grin of yours?”

“In Torah 282 of Likutei Moharan, Rebbe Nachman teaches us to appreciate our good points and to be happy with every little mitzvah we do; and in Torah 17, first part, Rebbe Nachman says that the slightest good deed that a person does makes a tremendous impression in the upper spiritual realms…”

The activist was getting more and more impatient. This was not the action she was looking for, wasting half a day on a bus ride going someplace where she didn’t need to go. “So what,” she snapped.

“You asked me why I’m smiling. I’m answering you. I never thought that riding a Mehadrin bus was a big deal; I mean, it didn’t seem to be such a great mitzvah. But if the Yetzer Hara[3] is going to such lengths to bother me on this bus ride, then it must be really significant in shamayim that men and women don’t mix. This morning, when I was learning Tosefot on Baba Kama, the Yetzer wasn’t bothering me as much as he is now. Thank You, Hashem, for giving the mitzva of riding this bus.” With eyes shut, he turned at the activist and added, “and thank you, cherished sister, for adding to my rewards in the World to Come.”

The young lady’s antagonism was melting into frustration. She was obviously the ring-leader, and her three sisters-in-arms were eagerly awaiting to see how she’d react. Their game plan (or battle plan) to wave the flag of women’s rights on the Mehadrin bus didn’t anticipate a frontal confrontation with a Breslever…

“What do you people smoke that gets you so spaced out?” she chided.

“I’ll admit that I’m high, dearest sister, but that comes from tallit, tefillin, Torah, and an hour of talking to Hashem every day.”

“What’s with this ‘dearest’ and ‘cherished sister’ garbage?”

“You see,” explained the Breslever, “your soul and mine both are a tiny part of Godliness. We have the same Father; you don’t need a PhD in genealogy from Hebrew University to know that we’re brother and sister. Besides, the Torah says so explicitly…”

“Are you the real deal or are you just putting on a good show?”

“If I invite you and your girlfriends for Shabbat…,” meanwhile removing his kosher cellphone from his shirt pocket, about to dial his wife’s number, “will you come? When you taste Shabbat and my wife’s cooking, you’ll understand how much Hashem loves you, and so do we.”

Squirming and completely off guard, the activist snarled, “You’re wife is probably an illiterate cook and bottle washer pregnant with her twelfth – what would she and I have in common?”

The Breslever chuckled, “No, my wife is only pregnant with our eighth. But you’ll like her – she has a MBA in Finance from the University of Tel Aviv. Besides, she was a sergeant in the Artillery Corps of the IDF, an army medic and a training-base instructor in first aid. She even served in Lebanon for two months…”

“Yeh, I admit it. I was a tank commander. Then I did a degree in Communication from UTA. That’s where my wife and I met…”

All the stereotypes were crumbling. The four activists were disarmed. No fight, no arguments, no protests – only an invitation for Shabbat…

The activist tried one last effort. She sat down next to the Breslever. This will surely get his goat and make him lose his cool, she thought.

He still smiled, but a tear trickled down his cheek.

“Why are you crying?” she asked, jolted by this additional surprise. Her compassion was a sign of the Jewish soul that shined from deep within her.

“I’m not really the prude that you think. But I love my wife and want her face to be the only female image in my brain. You, dear sister, are a Bat Yisroel, a Jewish daughter. Every Bat Yisroel is beautiful. Please, I wouldn’t embarrass you by getting up. But I’m not a holy man – I wish I were. You’re really testing me. You are a moral young lady; would you steal something from a pregnant woman with seven children? By making me look at you, you’d be stealing some of my affection for my wife. I’m sure that’s not your intention.”

Gently, as if walking on eggs, the young lady stood up. “I’m so sorry,” she said, showing her true delicate and considerate inner self. “I never thought of it that way. Besides, if all the Haredim were like you, things would be different. Tell me, are you the ones that go to Uman every Rosh Hashana?”

“Are all of you this nice? I mean, you don’t try to act like Hashem’s cop.” She surprised herself by saying “Hashem”. Since when do such words come out of an ultra-liberal libertarian feminist’s mouth?

“I only try to police myself.” The bus arrived at the Breslever’s station in Ashdod’s Rova Gimel. The Breslever got up but added, “Let us know if you’re coming for Shabbat…”