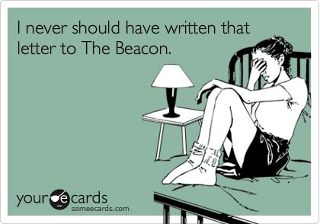 I’m not implying that modern orthodox people are more likely to have premarital sex or better sex (there was a study saying that Atheists have the best sex, which leads me to believe that the less frum you are the better sex you’re gonna have) I’m just saying that it seems to be something that isn’t really applicable to the community she’s trying to reach.

After reading through Calm Kallah’s, the frum sex forum, many years ago – I decided that frummies definitely needed some sort of sex education that went beyond the classic kallah class teacher that told you to do it missionary position with the lights off and think of the Rebbe while you climaxed (if you happened to discover that women could have fun during sex too) Anyone could have told you that mixing gemara with vibrators was just too modern. I can see frum sex education classes being given to mature audiences (19 year old girls fresh out of seminary) but is it really necessary, I mean we’ve had the same system forever and you don’t hear too many complaints.  The one comment on the sisterhood blog post was about a woman who waited 5 months for her husband to figure out how to have sex with her – that’s pretty crappy if you ask me.

← An argument against shomer negiah?
I love fan mail →

24 comments for “Do we really need to teach modern orthodox folks about sex?”