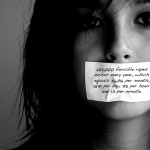 I once mentioned that one of the reasons molestation is covered up in the frum community is because it’s really not mentioned in the Torah or halachic responsa. There is no halacha against touching that little boy in the mikvah, sure rape might be a little different, but nothing wrong with a little fondling right? Now there’s this pretty nasty claim against a family for covering up this incest/rape stuff that took place between 3 brothers and their younger sister – because it happens all over the place in the orthodox community.

Incest is clearly not allowed in the Torah, but the Torah contradicts itself because the 12 brothers apparently had twin sisters which they married and everyone turned out fine (maybe this is why we Jews have so many f-in diseases) Also Shimon only killed all of shechem so he could have dibs on his sister Dinah and I heard that Cain and Abel also got it on with their sisters as well. Does this mean that incest is allowed and that the Rabbi (father) in this case of fairly nasty incest and rape is right – his kids were just doing what they learned in the little midrash says?

Clearly the brothers and everyone who was brought up before Sinai was on such a high spiritual level that they only practiced the parts of Judaism which they needed to, like bris milah. I wonder when incest became disgusting? Was it one of those things that was cool up until the Rabbis declared us on too low of a madreiga to handle our hot brothers and sisters? Or maybe it was when they figfured out all the kids were coming out deformed, so they better stop.

I still wonder if these kids who raped and fondled their sister secretly thought it was ok because they learned it somewhere in the Torah or gemara. It’s almost like we need to have some sort of modern day halachic text explaining exactly what is assur and why. Has any gadol ever explicitly stated that fondling little boys in the mikvah is assur, or is it just one of those chumras (like being honest with business and not beating up women who sit in the front of the bus) that only modern orthodox people hold by?

← Dear Heshy: Moving out of New York is against halacha
I’m more of a pimp than a shadchan →

47 comments for “Molestation may be kosher, but Incest is more of a gray area”