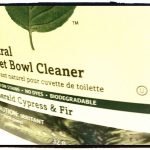 When’s the last time you actually bought something with one hechsher on it? If you answered recently, you probably aren’t that frum. The sad truth of the matter is that products with one hechsher just aren’t kosher enough anymore. Never mind the fact that major kosher organizations like the OU have lost trust with many heimishe folks because they support the state of Israel, coeducational kiruv and women in the workplace, one hechshered products are disappearing from many kosher supermarkets worldwide.

Just a few years ago, milk company, Machmirim made headlines by placing four hechsherim on their milk and recently the cholov stam ice cream Haagen Daaz lost it’s approval from the Rabbis in Israel because it had one hechsher and a non-reliable one at that. Many of those on the fringe of the frum community in America and Israel continue to eat products like Haagen Daaz and others with one hechsher, but they are quickly becoming the minority. Haagen Daaz is a bit of an extreme example because it was assur for most people anyway, but losing the added trust of the Rabbis is just too much for many.

The commonly quoted heter given by Rav Moshe has expired according to most really frum Jews. Many of those who consider themselves Heimishe, tend to refer to Rav Moshe as from the previous generation, making his heterim null and void. He is often compared to Hirsch, who people say was only allowing secular education to combat against the Reform movement in Germany, but not for our generation where kollelim and yeshivos are thriving. Cholov Stam, according to most, is assur unless it’s life threatening and even then it’s doubtful that anything could be life threatening enough to need gourmet ice cream.

Many of those who claim to be orthodox, but really aren’t have called this the modern day Jewish mob. The mob dictates policy, but there are multiple mob affiliates and they all want a piece of the pie. So they accuse others of not being as good and convince the population that if they eat from one mobster family over the other they will lose their frum status and this is seen as the worst thig in the world. Their children could be thrown out of school, shidduchim could be ruined and their family name could be tarnished forever for simply eating from the wrong mafia family.

← A Frum Jew Takes Charge at the White House; and Did You Know There’s an Official Rabbi of JFK Airport?
Dear Heshy: Moving out of New York is against halacha →

42 comments for “One hechsher is not enough anymore”