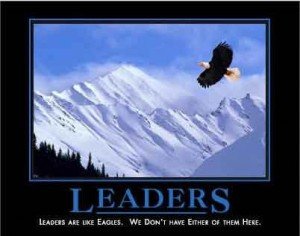 In Parshat Miketz the sons of Jacob found themselves between a rock and a hard place.  Having traveled to Egypt for the purpose of buying food to sustain their families through the ongoing famine, they encounter an especially inquisitive and accusatory Egyptian viceroy (Joseph).  In attempting to disprove the claim that they are spies, they acknowledge the existence of a younger brother at home with their father in Canaan.Joseph imprisons Simon and makes his release and any future food purchases conditional on the brothers’ ability to bring the youngest brother, Benjamin, down to Egypt.  Naturally, Jacob is reluctant to allow Benjamin to make the trip to Egypt.  Benjamin is the only son of Rachel still alive (or so Jacob thinks) and Jacob is afraid that some tragedy might occur along the way, whether the result of Egyptian cruelty or sibling hatred.  Two of his sons, Reuben and Judah, attempt to convince Jacob to send Benjamin with them down to Egypt.  Reuben’s plea is a complete failure while Judah’s approach, the consequence of which plays out in the opening scene this week’s parsha, is ultimately successful.  Why?  The answer(s) will help explain why leadership of the Hebrew nation would not pass onto the firstborn Reuben but rather would rest in perpetuity in the able hands of Judah.

Then Reuben told his father, saying: “You may slay my two sons if I fail to bring him [Benjamin] back to you; put him in my care and I will return him to you.”

According to the plain reading of the text, Reuben is willing to offer up two of his own sons for execution at the hands of Jacob if he were to fail in his custodianship of Benjamin.  As could be expected, Talmudic literature and the later rabbinic commentators attempt to soften the nature of Reuben’s morally repugnant proposal.  Targum Jonathan understands that Reuben’s sons would die in a state of excommunication.  Ibn Ezra offers two possible interpretations.  (a) Jacob would merely punish Reuben’s sons in some unspecified but non-lethal way.  (b) It was a prayer to God for the Almighty to impose a capital sentence on His own terms (similar to Jacob’s prayer in the teraphim episode which ultimately led to Rachel’s death).

One might be tempted to understand Reuben’s statement as nothing more than a figure of speech indicating a solemn oath.  It would be akin to (though infinitely more grotesque than) the expression of modern parlance, “I swear on my mother’s grave.”  In rabbinic literature we find that Rabbi Tarfon would frequently assert the correctness of his memory on historic-halakhic decisions by saying, “May I bury my sons if I am wrong.”  On one occasion Rabbi Akiba disproved Rabbi Tarfon (Yalkut Shimoni Be’haalotcha 725), though no record exists of Tarfon’s sons dying early.

However, an extremely literal understanding of Reuben’s statement seems much more plausible.  The notion that sons should not die for the sins of the fathers is a piece of Deuteronomic (24:16) legislation elevating humankind from a more savage past.  In Reuben’s generation such legislation would still be centuries into the future.   Reuben’s strategy was to impose upon himself such horrific personal consequences in the event of failure, beyond the already grim reality of famine and Simon’s incarceration, that Jacob would be convinced of his earnest desire to succeed in bringing Benjamin home.

Jacob’s reaction to Reuben’s plea is telling.  Verse 38 reads, “My son shall not go down with you; for his brother is dead, and he alone is left; if harm befall him by the way in which you go, then will you bring down my gray hairs with sorrow to the grave.” Jacob completely ignores Reuben’s proposal and reiterates his refusal to expose Benjamin to danger.  Midrash Rabbah comments that Jacob referred to Reuben as his “foolish firstborn.”  The death of Reuben’s sons would be just as painful to Jacob, their grandfather.  The flawed logic of Reuben’s proposal was obvious.  Failure to bring Benjamin home would be bad enough for Jacob.  It certainly should not be exacerbated by the needless slaughter of more family members.  Avoth D’Rabbi Nathan chapter 37 refers to Reuben’s plea as the classic example of shoel shelo k’inyan, a question wildly off the mark.

In the following chapter it is Judah’s turn to step forward as a guarantor of Benjamin’s safety for the expedition to Egypt.  Ramban offers two reasons, external to this episode, why Judah was more likely than Reuben to elicit a positive response from Jacob.  First, Reuben had sinned by bedding Bilhah and so on all matters Jacob lacked trust in him.  Second, Judah was the most manly and physically strongest of the brothers so in matters of personal safety Judah was a more suitable choice.

Judah then said to Israel his father: “Send the lad with me, and we will arise and go, so we may live and not die, we as well as you as well as our children. I will be surety for him; of my hand you can demand him.  If I fail to bring him back to you and stand him before you, then I will have sinned against you forever.  Had we had not lingered, surely we could have now returned twice.”

As the Midrash notes, Judah strategically waited until the food supply ran out.  At that point Jacob’s reluctance to send Benjamin to Egypt would melt away in the greater fear of death by starvation for the entire family.  Benjamin would only be in potential danger (safek), while the family would definitely (vadai) perish without a restocking of the food pantry.  By mentioning that they had already tarried long enough to have completed the mission, Judah emphasized the futility of further deliberation and the error of Jacob’s obstinate refusal.

The critical phrase in Judah’s plea is the conclusion of verse nine, “v’chatasi alecha kol hayamim,” “I will have sinned against you forever.”  Unlike Reuben, who would have passed off the burden of punishment onto his children, Judah was willing to place the onus of failure directly upon himself.  In contrast to Reuben, Judah did not up the ante by concocting further negative consequences in the event Benjamin did not return home.  He understood the gravity of the situation and the stigma of sin and shame attached to a failed mission.  As Ben Azzai teaches in Ethics of the Fathers, schar averah averah (the consequence of sin is sin — 4:2).  In other words, worse than the loss of two sons or the fires of hell, having to live out one’s days knowing that one committed a mortal sin against one’s father is the ultimate form of suffering.

In this episode Judah exhibited three qualities necessary for strong leadership; strategic thinking, personal responsibility and fear of sin.  Sadly, the renowned Jewish leaders of our time are sorely lacking some, if not all, of these traits.

← I love hate mail like this
Dvar Torah Vayigash: Twist in the Text →