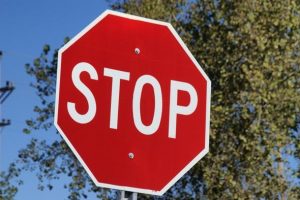 While this might seem like an oversimplification of these two holiday observances, it’s sometimes beneficial to reduce the overarching themes to a concise statement of purpose in order to extract a message that can be implemented meaningfully and effectively.  So while Purim celebrates our physical salvation from the murderous Haman, and we eat, drink and be merry — some highlights of physical enjoyment — on Chanukah we light candles, sing hymns and engage in festivities that engender a sense of spiritual triumph similar to the one felt by those who successfully blocked the Syrian Greeks’ attempt at pan-Jewish Hellenization many centuries ago.  It is only fitting, then, that we take the opportunity of this Chanukah season to reflect upon our collective approach towards worship and divine service.

I remember taking drivers ed when I was a senior at MTA in 1999 and having the driver warn me sternly that I was to keep both hands on the steering wheel at all times, but does anyone actually do that in real life?  And I was to indicate my intention of switching lanes before doing so — not while doing so (and certainly not after doing so), although this seems to be a common practice among many drivers I encounter on Route 80 between Passaic and the George Washington Bridge.  My father would explain this as follows: “You’re not learning how to drive, you’re learning how to take the test.  When you pass that, I’ll take you driving and show you how to do it for real.”  Although my father exhibited tremendous compassion that day, he wasn’t so compassionate when I got a ticket for driving 92 miles an hour on the NJ Turnpike only 3 years later.  But I digress…

The most annoying thing about drivers ed, though, was the stop sign.  Oh, that hallowed and inviolable stop sign.  We were duty bound to abide by two rules that some of us had never experienced compliance with in our entire lives up until that day; not only were we expected to come to a complete stop, but we were to do so before the stop sign.  As though the stop sign manifested sentience, ever mindful of our actions, it was not enough that we yielded to the walkers’ right-of-way, for even in the absence of pedestrians, we were to comply with rule 1 and rule 2.

I’ve been driving now for about 11 years now and I can tell you there’s usually only one hand on my steering wheel — but that was just a guideline.  How many of us approach Judaism like the stop sign?  Trained from an early age to perceive it with utter awe for its intrinsic value, only to see others treat it with flagrant disrespect, Judaism, like the stop sign, has been deconstructed by many and there’s no doubt that it affects us all.  When others are around, be they friends and family or the police, we may feign meticulousness, but perhaps some of us are really just maintaining a facade so that we can get through the day with as few obstacles as possible, be they assaults on the depth of our religious conviction or moving violations.

The stop signs — and go signs — of Judaism are many; let us not fall short of being ever mindful of our duties and not think of them as mere guidelines.

Just as others before us came “l’dvir beisecha, u’finu es heichalecha v’tiharu es mikdashecha,” (“to Your inner sanctuary, cleansed Your temple and purified Your site of holiness”), so too may we do so again this Chanukah.

Check out more about Chanukah at 4torah.com

← Two guys one latke
Jewish Santa Claus, John Huntsman on Israel, Ultra-Orthodox Keeping Women in the Back of the Bus, and More… →

6 comments for “Chanukah 2011: The Revolt Against “Stop Sign Judaism””