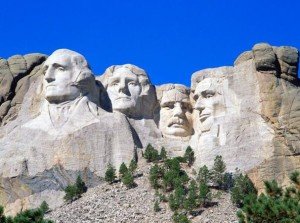 From the standpoint of the reader, it’s often obvious who and what is important in a work of prose based on the amount of airtime an individual or episode is granted, and the biblical narrative proves no different.  For example, approximately 99.9999998913% of the history of the universe is dispensed with in the first 12 chapters of the 187 chapter Five Books of Moses, providing tremendous support for all those high school rebbes who claim “the Torah is not a history book.”

The next 13 and a half chapters focus primarily on Abraham and Sarah (the last 3 feature tremendous overlap with Isaac), followed by a chapter or so purely about Isaac and Rebecca, followed by 10 chapters on Jacob, his wives and his children (again, featuring considerable overlap with Isaac in the first one and a half of these chapters) that brings us to this week’s portion.  While lengthy tangents divert the readers’ attention to in depth scenarios involving Lot, Lavan, Shimon + Levi and, in this week’s portion, Judah and Tamar, a very global perspective of the narrative takes us from the pillars of primeval righteousness to the patriarchs to Moses and the Exodus in a relatively short segment of the overall text of the Torah, leaving almost the entire last four of the five books for development and elaboration of the core purpose of the text, namely, a nearly comprehensive work of legislation serving as the religio-legally binding covenantal agreement between man and God as purported by Judaism.

With this is mind — that the text appears to be constrained for time and space, offering only the most concise biographical information deemed necessary to get to where it wants to go (i.e. Moses) — it’s somewhat surprising that about 9 chapters speak exclusively about Joseph, with mention of everyone else being either muted or in reference to Joseph.  At first blush, nine dedicated chapters seems like more than enough to indicate to the reader that Joseph might indeed be something of a fourth patriarch.

While it’s quite obvious that Joseph serves as the bridge between the patriarchs and the bondage that led to the Exodus (and thus Moses), there’s a lot to support this notion beyond the matter-of-factliness of this explanation.  Perhaps most compelling, aside from the inordinate amount of chapter and verse spent on Joseph, is that each of Joseph’s two sons take on the identity of individual tribes among the their uncles, the sons of Jacob, and each receives their own territory in the Land of Israel.  Immediately prior to Jacob’s death (Genesis 49), we are told of the blessings bestowed upon each of his sons, and just before that (Genesis 48), none other than Joseph bring their sons directly to Jacob for a blessing, reminiscent of the tradition among the patriarchs to pass blessings onto their progeny.

He is also singled out as a true example of piety — a tzaddik.  As R’ Becher can often be heard saying, “Abraham was the first Jew, Isaac was the first person born as a Jew, Jacob was the first to have all Jewish children and Joseph was the first one to preserve the integrity of the Jewish family,” a reference to Joseph’s keen rebuttal of the wife of Potiphar and her sexual advances.  This intensity of character was what made him distinct enough to be included alone among his brothers as one of the ushpizin (succah guests), and notwithstanding the significance one lends to the metaphysical legitimacy of the visitation rights of the seven members of this list, the fact that Joseph is included is surprising when one considers that the remaining guests consisted of the patriarchs, Moses and his brother Aaron (the first high priest) and David (the first king of the, well, Davidic lineage).  Joseph’s inclusion in this list of “Who’s Who in Ancient Judaism” almost seems to reinforce his patriarchal potential.  Similarly disproportionate reverence for Joseph can be seen among the gentiles who venerate certain individuals of the Old Testament — as just one example, Joseph is included (and alone among all of his brothers) as an honoree on July 26 of the Armenian Apostalic Church Calendar of Saints for Commemoration Day of the Holy Forefathers, as well as Sunday of the Holy Forefathers (which happened to be this past Sunday, Dec 11 — the fact that this was in the week of Vayeshev is mamesh hashgocha pratis) in the Eastern Orthodox Church and those Eastern Catholic Churches that follow the Byzantine Rite.  He’s also seen as a patriarch by the Lutheran Church – Missouri Synod, which commemorates him on March 31 (which is Shabbos HaGadol this year).

It’s no wonder that Joseph is seen by so many as something unique among his brothers to the extent that he’s catapulted to greater status — but a quick look at the rest of the Five Books of Moses quickly dispels any such sort of interpretation.  Either God himself or his covenant with the Jewish people are referenced, according to my calculations, 18 times in the last four of the Five Books of Moses (Exodus 2:24, 3:6, 3:15, 3:16, 4:5, 6:3, 6:8, 32:13, 33:1, Leviticus 26:42, Numbers 32:11, Deuteronomy 1:8, 6:10, 9:5, 9:27, 29:12, 30:20 and 34:4) in the context of being “the God of Abraham, Isaac and Jacob” and no mention of Joseph appears anywhere in this formula.  In fact, it’s not even in the text other than as a direct reference to the tribe of Joseph or to Joseph as the leader of his tribe.  And in tracing Jewish history until the current time, Joshua (Joshua 24) doesn’t even mention Joseph!  Further review of the text reveals similar treatment of the patriarchs as a distinct triumvirate (Kings I 18:36, Kings II 13:23, Jeremiah 33:26)  It’s possible to claim that direct reference to the covenant should not run to include Joseph, for it also included the rest of Jacob’s offspring (Chronicles I 16:15-16), but excluding this and similar instances of the lack of mention of Joseph seems to all but dominate Jewish philosophy and thought throughout the ages so much so that the liturgy is deafening in its silence on the matter of Joseph among the patriarchs.  And even when the liturgists extended themselves to label God by more than just His patriarchal devotees (see Prayer for the Sick), they exchanged Joseph for King Solomon.

It’s apparent, therefore, that while the Torah does emphasize the life and pursuits of Joseph to a vastly greater degree than many others of similar rank in the hierarchy of Jewish biblical personalities, he was decidedly not a patriarch.

Check out more about Joseph and the patriarchs at 4torah.com