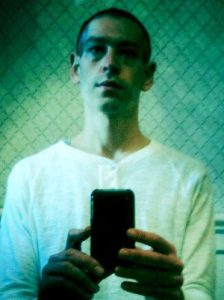 My first thought upon hearing that Matisyahu shaved his beard was that it was a publicity stunt and that it was somehow orchestrated by some folks at YU to take some of the unwanted publicity away from them because of their censorship and rampant premarital sex issues. The second thought was, maybe it’s just a regular marketing tactic, I haven’t heard much of Matisyahu lately and that means he must need som e sort of attention. Then of course, I started wondering about all the Vos Iz Neias types who will be fearing he’s going off the derech and not let their kids listen to his music anymore.

I’m pretty sure that the Beard Shave is getting more attention than the Beacon ever did and that pretty everyone besides me has forgotten about the YU Sex scandal that’s still raging as it’s finals season and those Stern Girls are getting frisky at Brookdale. It just so happens to be that I couldn’t care less about whether Matisyahu looks like a 19th century European or not, though I’m sure some people do – I’m almost required to write about it, because some people (I know none of them personally) actually care what I think. So here’s what I think.

Matisyahu is kind of like Obama, they both became famous because of their outward appearance. Yes, Matisyahu makes good music, but lots of people make great music and never become famous – Matisyahu makes good music and looks like a 19th century European. I’m willing to bet that this has bugged him for a long time, sure it felt great to be a millionaire – but when it finally set in that most of the people who liked him were into the look more than the message or music – he probably became a bit irate. Basically, he looked himself in the mirror and decided that he was a sellout. I’m not implying he’s a sell out – but I am implying that when you wake up and realize that the beard is your marketing feature, you may start to rethink life and wonder if you should get back to your roots. I’ve done the same thing many times, but unfortunately I can’t even grown a beard and no one would care if I shaved it anyway.

Now let’s get a little funny for a moment and list off some other possible reasons for Matisyahu to shave his beard.

He’s sick of being asked to do mivtzoyom’s

He’s decided to go off the derech

He was drunk and bored

He was high and bored

His misnagdishe rabbi told him to do it

41 comments for “Reasons why Matisyahu shaved his beard!”