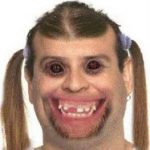 A friend and I had a discussion a few weeks ago about dating, weight, saying no and how to do so. We debated specifically about physical attributes and if a guy would tell a girl that her weight or looks are the reasons for his saying no. We talked about the reasons behind it all, and went in-depth about the various routes that exist and which one a guy would prefer to take. You can read the blog post over here, and I was hoping you would because I was wondering if you could either post on the topic, or just put up a link to my post on both your website and on Facebook. I’ve put up a survey online and hope to get a few hundred (if possible thousand) participants and then blog about the results. I don’t have the contacts or general exposure that you do and we thought that you could help out if you mentioned it on your blog. Let me know please!

Here’s the link to the survey: http://www.surveybuilder.com/s/JCaCTYTnQAA

And here’s the link to my blog if you want the story behind it- it’s the most recent post.

My response: You cannot force attraction, I think it’s silly that people in the shidduch world think it’s shallow to reject a guy/girl because of the way they look when people have way more shallow and less important reasons to reject a shidduch, like yichus or if their father wears a hat during the week. I love how when it comes to attraction people are quick to pounce on people for rejecting someone based on their picture. I myself never did this, because I felt I was strange enough that if someone was actually willing to set me up there must be some shaychis right? But most people do judge by picture and who wants to marry someone they are not attracted to? The goal is to have children and populate the world with Jewish babies right – so if you can’t get it up because someone convinced you to marry some broad you weren’t attracted to – how do you expect to have any kids. The shadchan doesn’t want to admit it, but at some point there will be boners and sex involved in the shidduch.

The best route to take is to tell the truth and if the shadchan or distant relative who’s never met you, has a hard time with that they can go F themselves. If you already went out you can use the “there was no chemistry” statement which basically means she was nasty and you wouldn’t touch her with a ten foot pole.

30 comments for “How do you go about rejecting a shidduch based on looks?”