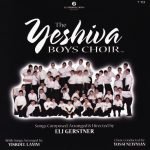 An alarming new report is about the nature and habits of sex offenders and anonymous pedophile responders is sending shock waves through the Orthodox Jewish the community. The report which covers a wide variety of things from the eating habits all the way to the pet choices of pedophiles has an interesting graph of what videos pedophiles seek out most on You Tube and other web user generated video sites. Surprisingly, Orthodox Jewish boys choirs ranked number one on the list.

Bands like The Kinderlach with their gyrating hips and high voice singing seem to turn pedophiles on the most. The Yeshiva Boys Choir ranks a close second, with their even higher voices and younger boys turning pedophiles on even more than the a little tamer Miami Boys Choir which one pedophile told us features too much of the “old guy in the beard” to make it a real option.

Many members of the Orthodox community are wondering if anything can be done prevent their young children from being the victims of anonymous seed wasting. They are demanding that the choirs privatize the videos on You Tube, but many activists aren’t surprised, especially since the Orthodox community itself has its own share of pedophiles. Some less religious Jews are calling for the discontinuation of boys choirs which they feel perpetuate pedophilia.

With one million views on You Tube mostly from pedophiles, this is the most popular orthodox boys choir video:

← Dvar Torah Vayishlach: 613
Premarital Sex Crisis: Why the YU Beacon article is such a big deal →