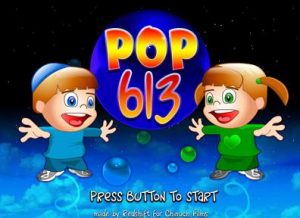 Man thirsts for the opportunity to rally under a banner, informing others of his intentions and habits in a public way — and so we have flags, banners, campaign buttons and bumper stickers.  (No one cares if you have a baby onboard, but you seem to think we need to know about it.)

Orthodoxy is no different — it, too, displays signs, and one banner that its member tend to assemble under is that of 613.

Six hundred and thirteen — what an odd number!  Derived from a comment by R’ Simlai (Bavli Makkos 23b, four lines from the bottom), the notion that there are exactly 613 commandments is misleading and unreasonable.  For starters, we don’t possess R’ Simlai’s reckoning, resulting in multiple versions of the commandments that fulfill the criteria to be counted — yet those uncounted remain binding.  But if they’re still required, and we derive their necessariness from commandments either explicit or implicit from the text of the Five Books of Moses (or from a tradition of Moses from Sinai), then in what sense are there 613 commandments?  It’s only meaningful if it’s real.

The Talmud (ibid.) continues to explain a bit about the breakdown of these 613 commandments.  Three hundred and sixty five of them are negative precepts, corresponding to the 365 days of the solar year, each and every one upon which we must beware of transgression (Rashi).  The remaining two hundred and forty eight correspond to the two hundred and forty eight parts of the human body that are bidden to fulfill the positive obligations (Rashi), but it’s almost certainly so that the number two hundred and forty eight was obtained by counting until that number was reached — a quick read of the first few paragraphs of the human skeleton Wikipedia article reveal that while there are nearly 300 bones at the time of birth, very many of them fuse to amount to only 206 bones at adulthood.

But this is not really problematic — what this breakdown suggests that the number of positive and negative commandments are merely mnemonics.  Just like the 613 gematria related to the Hebrew word for tzitzis is off by ten unless one misspells it with a second yud, a mnemonic is often times just a good way of remembering something even if the mnemonic is inherently flawed.  But is that what R’ Simali meant when he said that there were 613 commandments?

R’ Hamnuna (of notoriously wondrous anonymity) goes on to say that 613 is a mnemonic based on the “Torah of Moses” (gematria of 611) plus the 2 commandments heard directly from God at Sinai — but this is not R’ Simlai speaking.  Ostensibly, R’ Simlai actually counted the commandments and reached this number, but perhaps he did not.  Perhaps he figured out how well 613 would fit with a whole bunch of mnemonics that he and his colleagues could figure out and then, much like R’ Saadia Gaon, Maimonides, Nachmonides and no less than four others did, he constructed his reckoning to match this number.

But these lists are neither demonstrably authoritative nor formally significant — Orthodoxy observes the commandments as outlined by rabbinical legislation, whether it be in accordance with the Shulchan Aruch or a latter-day commentator or modern-day decisor of Jewish law.  In reality, those who observe halacha perform so many more than 248 rituals and biblically-mandated actions and steer clear of way more than 365 biblically-mandated prohibitions.

If I’m not advocating that you quit fulfilling and observing these thousands of minute details that can somehow be construed as a largely meaningless list of 613 things, “What’s my point?” you might ask.

Rashi, in his very prosaic and traditional approach to biblical commentary in which the comfortable things associated with Jewish life and law become Jewish life and law, explains Jacob’s comments to Esau with an allusion to the 613 commandments:

Not only is this is keeping with Rashi’s tendency to anachronistically paint ancestral pre-Sinaitic Judeomonotheism as though it conformed with the customary practices of post-Sinaitic Judaism, Rashi here goes a step further, suggesting that the notion of there being specifically 613 commandments was hinted to by Jacob himself — never mind that we don’t know what they are.

But perhaps this is the point — Rashi could be claiming that it never mattered, and just like we rally around 613 today with no real reason to suppose that it’s reasonable to meaningful, so too, Jacob rallied under the same banner.  He warned his brother that although he had chosen a path of freedom from divine service and obligation (as Judaism used to be an opt-in, opt-out institution), Jacob had chosen to walk in their father’s footsteps — and that’s all taryag means.  So while I see Rashi as an Akivan sympathizer, I can’t say for sure that he’s to be doubly condemned from the Ishmaelian perspective — perhaps he only speculated that Jacob invoked 613 as a colloquialism, much like we do so today.