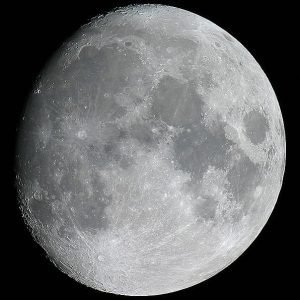 Rashi brings down the Talmud (Yoma 28b) asserting that Abraham observed the entire Torah and more, and ostensibly, this can be extended to include the other patriarchs as well; this is pretty much what we all learn in 3rd grade, and it has its source in this week’s parsha:

“Abraham listened to My voice and observed My mandate, My commandments, My decrees and My teachings.” (Genesis 26:5)

This is the opinion of Rav— and it is not surprising, as he is a figure who’s inclination towards the mystical was on par with the likes of R’ Akiva.  R’ Simi bar Chiya disagrees, maintaining that Abraham kept only what was given to him: the seven Noachide laws and circumcision.

Now how far is Abraham said to have gone in keeping the faith?  The Talmud (ibid.) claims that he kept even eruv tavshilin — a ritual device necessary to permit one to perform permitted Yom Tov activities for a subsequent day of Shabbos.  Abraham ben Samuel Zacut, in his Sefer Yuchasin, explains this as a symbolism in the following manner: just as eruv tavshilin makes one cognizant of the importance of the Sabbath and reminds one to keep it in mind while preparing one’s holiday meal, so too, Abraham strove to make everyone around him cognizant of the existence of the one and only creator.

The Midrash (Genesis Rabbah 64:6) quotes it as Abraham fulfilling all of the commandments and even eruv chatzeros — a similar ritual device necessary to permit one to carry on Shabbos within domains in which it would ordinarily be rabbinically prohibited to carry.  Instituted by King Solomon, this was to prevent one from mistakenly carrying from the public domain into a private domain or vice versa — prohibiting one from carrying between private domains without an eruv would keep the distinction between different domains at the forefront of people’s minds.  In this vein, the Sefer Yuchasin explains the symbolism as Abraham as the one who prevented others from seeing the universe as separate domains ruled by multiple entities — rather, like the eruv, Abraham strove to proclaim an ultimate sense of unity.  As an aside, the author of the Sefer Yuchasin has a crater on the moon named after him — I thought that was pretty odd, until I discovered that there’s another crater named after Gersonides as well!

Anyway, the Ibn Ezra explains these various commandment obligations as referring to whatever it was the God had so far commanded Abraham to do, such as leave his homeland and bind Isaac on the mountain.  Rashbam agrees, as does the Sforno and Nachmanides, listing many biblical infractions performed by the patriarchs, Moses and others — if it’s assumed by those that espouse such a tradition that Abraham taught Isaac and Isaac taught Jacob and Jacob taught Joseph (in regards to the wagons he sent for his father to remind him of the laws of the decapitated calf (Deuteronomy 21:1) that they last learned together — Genesis 45:21), Nachmanides apparently takes it for granted that these pre-Torah Torah laws would be common knowledge for all of the righteous leaders of the Israelites.

The notion that the patriarchs and their descendants observed the commandments before they existed (in that they were not yet commanded, and so were, at most, merely action and non-action in compliance with the future divine will) is certainly a striking one, but perhaps it has gained so much attention because it is, indeed, a comfortable one.  We do what we do because our ancestors did the same, and to think that Abraham, Isaac and Jacob, the founding fathers of our grand ol’ club by whose names we refer to our God, did otherwise is untenable to some, much like it is unacceptable for some to acknowledge to their young children that Moses did not speak yiddish and wear a shtreimel…or even a yarmulka, immediately casting a shadow of suspicion over this exceedingly fanciful tale.  But for some reason, the neutralizing voices have been silenced and we are faced with challenging everything we ever thought Judaism was about.  But it doesn’t have to be that way — we can accept the preponderance of biblical commentary and reject the mystical minority.