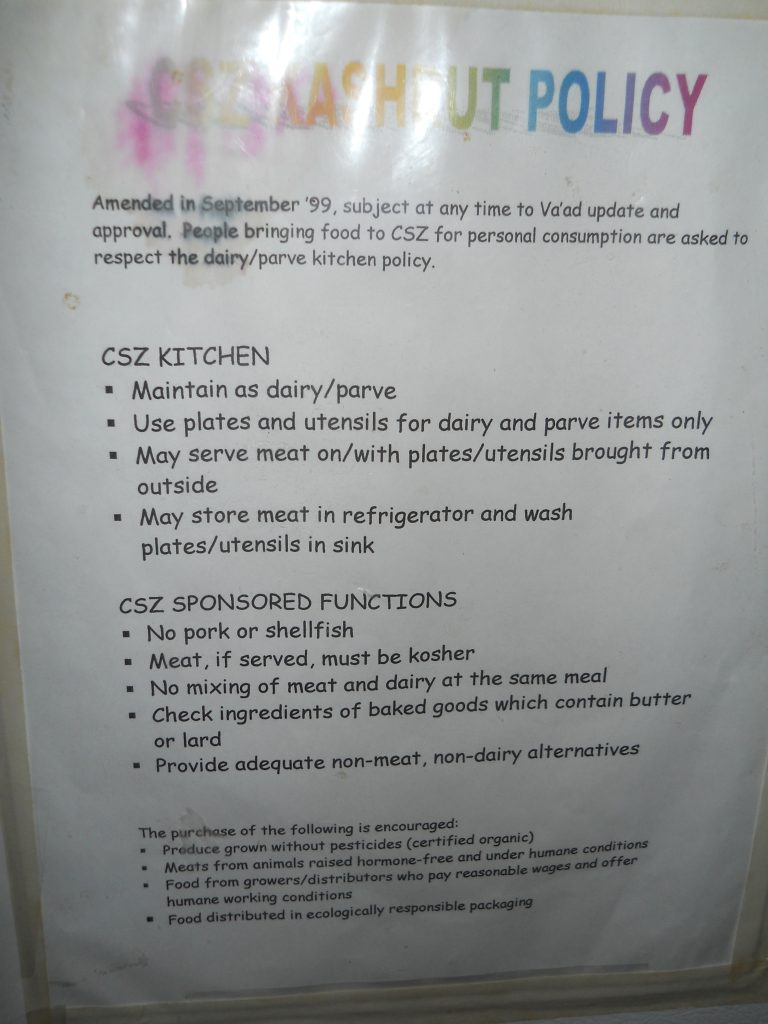 This picture was taken in the kitchen of Shar Zahav, the LGBTQ (gay) reform shul in San Francisco. Now before you start having a heart attack over this, think for a second as to how frum the Reform community has gotten. Reform was basically founded as Christian Judaism, originally shabbos was changed to Sunday, the organ and choir were instituted and to talk of kosher was blasphemy.

I am sure there are some people reading this who grew up in Reform Communities that would have thought this to be too frum, yet here in San Francisco it seems that the Reform Jews are at least observing some level of kasharus. In my mind it’s a very good thing, despite the fact that it’s not kosher – but regardless – kosher style may lead to kosher one day.

21 comments for “Keeping kosher style is a good thing”