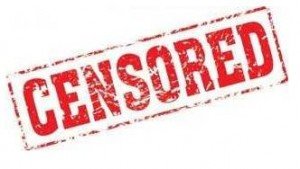 Rashi’s first question on the Torah looks into the biblical rationale for waiting until Exodus 12 to reach the first commandment.  An alternative answer to his question is often built around a comment in the Talmud (Avodah Zara 25a), which reports that another name for Genesis is Sefer HaYashar, “The Book of the Upright,” because it records the actions of our saintly ancestors — presumably for us to follow.

That being said, it’s fascinating to see how the Torah and its commentators elaborate on the physical appearance of the matriarchs.

In searching for a spouse for Issac, Eliezer seeks out Rebecca, and the Torah comments on her exceedingly good (Genesis 24:16).  And in describing Rachel, the Torah elaborates even more — she was not only of fine appearance, but her features were exquisitely formed (Rashi, Ibn Ezra), utterly symmetrical and proportional (Avi Ezer), her skin tone was superb (Rashbam, Sforno) and her figure was exceptional as well (Or HaChaim).  And Sarah is also described as a woman of pleasant appearance (Genesis 12:11) — which leaves a jarring distinction between the matriarchs and the other righteous women of the Torah, such as Tamar, Osnas, Miriam and Tzipporah, for whom the biblical text itself makes no explicit mention of physical attractiveness.

Were these other ladies abhorrent?  Was being “a prophetess” the biblical analog to the modern-day “girl with personality?”  We see a return to textual reference of beauty in similar proportions in the Book of Esther, but the ladies of “The Book of the Upright” are singled out among their fellow maidens as unique.

One might ask why, and one might conclude that they distinguished as such in order to establish the paradigm of the supermodel tzadekes.  In today’s world, being a tzadekes is overrated.  Everyone’s a tzadekes, especially unmarrieds approaching 30 — superlatives are the new black.  But it’s quite evident for all to see for themselves whether or not the girl is a pretty.

Sarah, Rebecca and Rachel are models, alright — but they’re models of pristine character and moral excellence.  How could we know anything else, when all we have are narratives of their behavior?  So the Torah creates a precedent and focuses on their attractiveness.  As a member of the fairer sex, the physically distasteful woman is at a disadvantage because she doesn’t meet the expectations of pleasantness that many will have, and so it might be understandable that such a woman “has loads of personality,” as the shadchan might say.  But to be a supermodel tzadekes — now that takes fortitude, and the Torah is telling us that it’s a challenge worth the effort.

To be a supermodel is not easy, and I know this for a fact because I’ve interviewed four of them in doing my research for this posting.  Guys are, well, guys, and they naturally gravitate towards sensuality, and these supermodels can’t always decipher a man’s intentions.  But ladies can take advantage of this when they are in the market for a husband and come to dress the part.  But with the advent of the hot chani — the archnemesis of the supermodel tzadekes — it becomes normal to undress the part.  Ladies strive to draw attention to themselves, forgetting that the paradigm of the matriarchs is equal parts ruchnius (spirituality) and gashmius (physicality).  And it is the woman who is in control — it is they who parade around for men other than their husbands that catalyzes these husbands’ extramarital desire for sensuality from other married women who are in turn parading around for them.  The hot chani is the unfortunately prevalent incarnation of wife swapping in Orthodoxy, even if the only transgression is visual adultery.  She is the epitome of all that is wrong in secular culture in terms of sexual unrestrictiveness and the existence of a unique moniker for such flaunting is apropos to the legitimacy of its halachic and hashkafic illegitimacy.

← One of the craziest chumras ever!
Moetzes Gedolei Yisrael Issues Cherem Against Television Show →