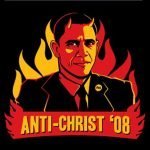 People say I’m a responsible parent. I’m not exactly sure who these people are, but what I am exactly sure of is that my wife is not one of them. She thinks that I’m a danger to society, assuming that society is made out of babies. I don’t think I’m as bad as the antichrist yet, knowing full well that I, along with most of you, have no idea what the term ‘antichrist’ even means since I’m Jewish and all I know is that non-Jews use it to describe things that they don’t like. I think the Jewish equivalent may be shagetz, or possibly schmekl.

Non Jew: “Satan is the antichrist.”

Jew: “Ahmadinejad is such a schmekl.”

I happen to prefer the Jewish terminology, since the term “antichrist” seems to impart way too much importance and power to the schmekls who don’t deserve it. If I were a bad guy I’d much rather be the antichrist than a schmekl. So anyway I was talking about parenting.

On Wednesdays, I have to parent alone for about 2 and half hours while my wife is out teaching English to young Charedi women in Bnei Brak who can’t speak English at a totally gender-segregated Charedi college, minus the male babies breastfeeding during class. So 2.5 hours a week is the extent of my lone parenting shift, and we both – 19-month-old and I – usually come out of it basically alive, by most poskim (except maybe the Chazon Ish). Except yesterday, I became a danger to baby society again.

My daughter has this problem with diaper rash, which is when her butt gets angry, and the only thing that helps is giving her air time for an hour or so a day. This is fine in the summer when it’s hot and dry in Israel, but now it’s cold and wet. But I have no choice, or her butt will turn into the antichrist and I’ll be the schmekl that caused it.

So I have to give her some air time even though she’ll turn into a tushee popsicle in about 10 minutes, and then I go on the couch and stretch out, waiting for my wife to come home and hoping we both survive and that we timed the airtime just right to avoid any accidents.

Maybe I’ll stop right here and say I’m no good at timing baby digestive cycles. Women, especially the baby women, are unpredictable and babies don’t communicate very well to tell you what they did.

And then my wife got home. People say I’m a responsible parent.

← Cold front forces chabad girls to dress tzniusly
One of the craziest chumras ever! →

9 comments for “Anti-Christ vs. Schmeckles”