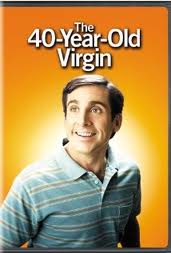 I think I may have been the only one in the theater watching the Steve Carell movie 40 Year Old Virgin thinking about how the Orthodox version wouldn’t be so funny. According to halacha, Jewish men and women aren’t supposed to have any physical contact outside the confines of marriage. Thus, 40 year old singles are expected to still be virgins. I recently went out with someone who told me that anyone who thought that Orthodox singles in their 30’s weren’t sexually active had got to get their head checked.

It happens to be that whether or not someone keeps Shomer Negiah, (not touching the opposite sex would mean you keep it) is one of the most common discussions amongst Orthodox single men and women. Shomer Negiah is probably one of the most broken Jewish laws by young Orthodox folks, but it is so taboo that many people will only break it in private and tell people that they keep the law.

For instance, I have lived in communities where having a girl sleep at my house would not be an option and so many times in the last few years I have snuck girls into my home for something as simple as a sleepover. When I was 19 I once put a girl from one of the local seminaries, into the trunk of my car so I could get her into my house through the garage undetected by the Ultra Orthodox neighbors who would surely snitch and get her thrown out of school. Ah, the mesiras nefesh (self sacrifice) I went through would have made the Morano’s proud.

I myself have termed this action Fictional Shomer Negiah, people presume you refrain from touching, basically the Orthodox version of not kissing and telling. I have met many folks who refrain from touching the opposite sex until they are engaged or in a serious relationship.

Shomer Negiah is very similar to keeping kosher, there are so many different ways to observe and everyone has their own little way of keeping it. I myself follow the shomer until relationship rule and have in the past kept to the shomer until opportunity rule. Many Orthodox Jews who do touch the opposite claim to refrain from pre-marital sex, but based on my large circle of friends I don’t know too many folks who remain celibate past the ripe old age of 30.

This is a departure from my traditional writing style, an experiment you say….

For more on frum virgins search for em on 4torah.com