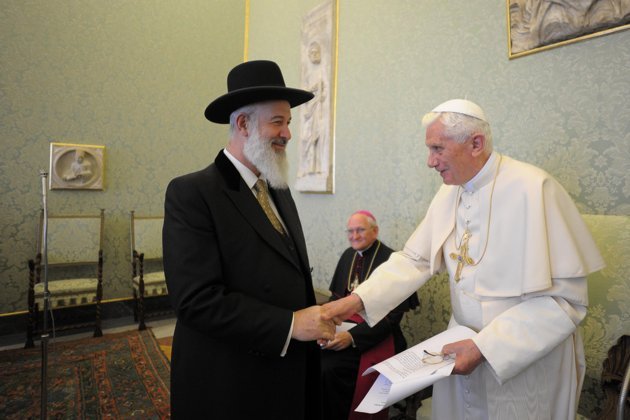 Catholics around the world are calling the recent handshake between the Pope and Chief Rabbi Metzger truly offensive. The picture, they say, clearly shows the Rabbi giving the Pope a very respectful woman-like handshake. The Pope, they insist, said nothing because he had rumors about Orthodox Jews giving weak handshakes, he just had no idea if they were factual rumors or not. The Jewish Media has pounced on this scandalous news story calling Orthodox Jews out on their disrespect of any religions not deemed as authentic, even though it’s common knowledge that all Orthodox Jews are accustomed to giving the handshake known as the Dead Fish to everyone, not just non-Jews and heathens.

38 comments for “Chief Rabbi gives the Pope a dead fish”