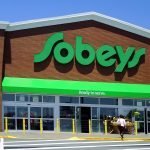 Even though I’ve been living in California for 2 years now, this blog is still an East Coast blog. New York is the center of all things Jewish and my Jewish worldview will always center on the place I grew up in, so rarely do the people from “out of town” communities get any love from me. All they get is dissed or complimented every once in a while when I visit their some random community and feel the need to comment on their amazing kiddush or terrible urinals. Plus, this dude has been bugging me to write about his Toronto based Frum From Bathburst blog for sometime so I figured I’d write a little bit about Toronto.

I first started spending weekends in Toronto during my first year out of yeshiva in Rochester. The yeshiva marketed itself heavily to the wealthy kids of Toronto who had been kicked out of various schools there so they could fill their coffers with full tuition. Luckily for me, the bus to Toronto was a big pain in the neck and I made myself a little business driving the Toronto kids home for the weekends. I would charge $75 a kid round trip and off we would go.

We were always stopped at the border, because the border patrol couldn’t get why some 19 year old kid was driving 4 or 5 high school kids home. They didn’t understand the yeshiva world and how age doesn’t really matter when you’re all thrown into the dorm together. Thank God these kids didn’t carry drugs home, but they always got their duty free purchases poured down the drain.

I remember my first time in Toronto, I stayed by this girls parents, who I met at a Pesach hotel and she kept talking about Friday night at the Bayit. I had no idea what the Bayit was (I just read the Hanoch Teller book about JT Tannenbaum – so now I know the history behind it) but it seemed that the Bayit was the place to be on Friday night. My vision may be a little skewed by now, so please correct me if I’m wrong. I recall heading to the Bayit with 3 or four girls, all dressed in short skirts and boots up to their knees (this was around 2001) and seeing a shul lobby packed with kids and young adults just socializing.The socializing was so intense there, that at first I didn’t think any parents or adulkts attended the shul and rarely did one of these kids enter the sanctuary. The fact is, that I myself didn’t enter the Bayit sanctuary to daven until my 4th time there. Never have I seen such a social scene as large and varied as that one. Even the singles scenes of OZ or Mt. Sinai don’t come close to what I witnessed there.

Then there was that park between the Bayit and York Hill drive in Thornhill. On shabbos afternoon there was another round of socializing, making eyes and kids sneaking their first shabbos cigarettes. It seemed like every teenager smoked in Toronto except for me. It was a town full of kids who wanted to go off the derech because to them the modern orthodox kids were already off the derech, it was a really interesting scene and it seemed that the entire Thornhill was hot girls and dudes who smoked and hung out at Markey’s on Saturday night.

The thing I looked forward to most when I came to Toronto was the food. Rochester had no kosher food, so driving three hours for a piece of pizza and a good bike ride didn’t seem like such a big deal. I’m not sure how my reactkion to Toronto food would be nowadays with a developed palate. But back in the day, I would love the spicy fries and zuchini pizza at Tov Li, the Salisbury Steak at Markeys and the shawarma at Hakerem. I also remember a particularly good steak at Gladstones which was the first kosher restaurant I’ve been in which didn’t look or feel like a kosher restaurant and our server was a kid who was kicked out of Rochester at some point.

Sobey’s was like heaven to me, it was this upscale grocery store in which the entire bakery and prepared sections were kosher. It was like walking into any Whole Foods and being able to eat all the breads, olives and cheeses. I also recall that my friend Jess and her parents were exceedingly good cooks and their food remains a very good memory. Maybe I do have food memories after all.

I didn’t like Toronto much as a city until I ventured downtown. Toronto was always this huge sprwal full of towns that you needed a car to get around. The other thing I didn’t like about the sprawl was that everything was brand spanking new and didn’t have the charm of yesteryear. Downtown was a healthy mix of both and when I discovered it, I used to come to Toronto with friends to ride our freestyle bikes around and hit up skateparks there. I also remember going to my first Dream Theater show in Toronto and a very awesome Reel Big Fish show.

Of course no Toronto post is complete without mentioning that Frum Satire was founded in Toronto and that my friend Sarah Z. told me about blogging in the first place and that through the Z’s. I met Menachem Feuer who was a good inspiration for my writing and my dear old friend Jess whom I haven’t seen in many years, but will one day return for a visit.

34 comments for “Shoutout to Toronto”