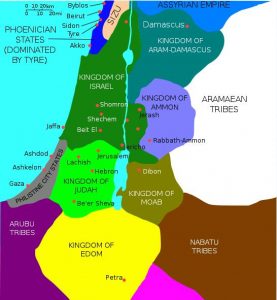 Over the past few years, I’ve come to appreciate a pervasive guided uniformity among Orthodox Judaism — something I like to call Uncle Moishy Judaism. And while I’m sure that many others have sensed this over the years, I think the term hasn’t picked up only because Heshy hasn’t included it in any of his lists.

For example, we all know that tzitzis isn’t mandatory, yet it is part of the requisite school dress code in many places. Notwithstanding the many theological benefits of wearing tzitzis, the fact is that it’s not halachically required. And kissing the mezuzah is also not a mitzvah, and saying 100 brachos a day is not the most important of Jewish laws — but you’d never guess these things by listening to Uncle Moishy. I actually like Uncle Moishy, but I think too many people have passed through adolescence and into young adulthood without having been debriefed — they have effectively been guided into thinking that Orthodox Judaism is but a sliver of what it really is and that everyone who says or does otherwise is misguided.

The dichotomy of the Akivan/Ishmalian approaches is something that is very much overlooked, as are the views of some very mainstream Jewish thinkers, such as Abraham Ibn Ezra. At the beginning of his commentary on Deuteronomy, the Ibn Ezra shows how there are numerous points of evidence that various portions of the Five Books of Moses were not, in fact, written by Moses. In addition to that which we mentioned two weeks ago regarding the last 12 verses of Deuteronomy and the parsha of Ha’azinu, Ibn Ezra claims several other segments were of extra-Mosaic authorship; for instance, Deuteronomy opens with a reference to eiver hayarden, “across the Jordan river,” even though the Israelites hadn’t yet crossed the Jordan en masse to really give their current position the status of “eiver hayarden“.

This week’s parsha sees Abraham leaving the land of his upbringing and traveling to Shechem and the verse makes an intriguing textual reference:

“Abraham passed through the land, until the place of Shechem, until the Plains of Moreh, and the Canaanites were then in the land.” (Genesis 12:6)

When your grandfather tells you stories of how he used to go to the corner grocery store after school and take pickles out of a barrel and they only cost five cents, he would add “y’know, we were living then on Ludlow Street on the Lower East Side, when pushcarts were very common.” What that means is that he’s no longer living on Ludlow Street — we were living then but not now. So it seems strange that the verse claims that the Canaanites were then in the land, implying then but not now.

Of course the biblical text is not to be read as though it was given today, on my birthday, November 4th, 2011. Rather, the implied now would refer to the time when Moses gave whatever it was that he gave to the Israelites at or around Sinai — which according to R’ Ishmael, amounted to only that which had transpired up to that point. So the Israelites get this text, it’s 1312 BCE, and they read in it the following very strange thing: “v’hakenani az b’aretz,” “the Canaanites were then in the land.” Then, but not now?! That’s very odd, seeing how the land wasn’t conquered and the Canaanites weren’t displaced until the times of Joshua, which was after Moses died, and it is only the view of some kabbalists that Moses wrote biblical text after having died.

Ibn Ezra discusses a bunch of other “secrets,” as he calls them, that reveal extra-Mosaic authorship of the biblical text as we know it, but save for the issue of the last 12 verses of Deuteronomy, many fall short of profound intrigue because they merely question how Moses could have possibly known some bit of information about the future. References to future kings of Israel (Genesis 36:31) when no kingship had yet been established, or to the bed of Og (Deuteronomy 3:11) when Moses (Deuteronomy 2:37) and the Israelites did not enter the territory of Ammon until the time of King David are explainable because it has been well established that Moses was a prophet — there are no boundaries of time when one has God whispering in one’s ear (or a DeLorean) and so these questions don’t seem to shake the Uncle Moishy Jewish tradition of complete Mosaic authorship.

And to his detractors, who claim that he speaks heresy by suggesting that others added to the Torah in violation of Deuteronomy 13:1, Ibn Ezra responds that such a biblical prohibition is in regard on to the number and substance of the commandments but not to the text. And similarly, to the attack that he is for this suggestion to be included among those who “hath spurned the word of the Lord” (Numbers 15:31 — I love the word hath), Ibn Ezra responds that this, too, is only in reference to modifying the substance of the biblical commandments, but not the text.

I discussed this with my good friend, R’ Evan Hoffman, this week, and just yesterday, he showed me an article he found that debunks the Ibn Ezra’s assertions about this verse necessarily indicating that Joshua went back and added this in later. Apparently, the 7 nations did move about to some degree and the reference to the Canaanites made by Genesis 12:6 may very well be speaking quite specifically about the particular nation of the 7 nations, rather than the colloquial term ‘Canaanites’ that can be used to refer to all 7 nations together as the inhabitants of the Land of Canaan. And from the perspective of Moses, writing this down hundreds of years later in 1312 BCE, the Canaanites were indeed then in the land, for they had since migrated (by Moses’ time) to another region of Canaan. Such a suggestion can actually be seen as quite favorable in light of Genesis 13:7 — the land in question has suddenly become the land of the Canaanites and the Perizzites; this supports both the assertion that reference to the Canaanites was to the single Canaanite nation of the 7 nations as well as the shifting demographics of each of the individual seven nations.

Of course, none of this is possible according to the maximalist Akivan perspective that endorses the view of Torah predating the world by thousands of years. I write this to preempt those like Akiva-nik who will swoop down upon me for undermining his Uncle Moishy Judaism — to you and your ilk, this hath been disclaimed.

← Strictly Kosher Reading
You will boil in your wasted semen →