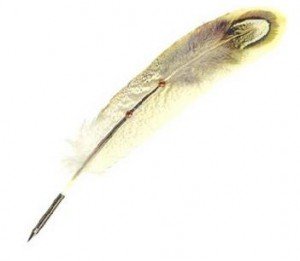 Many people will be singing these words over and over (and over and over) this Thursday evening, which is why it’s of great concern when an apparently damning inconsistency reveals itself in the text of the Five Books of Moses.

As we complete the Torah with VeZos HaBracha, we encounter the concluding eight verses of infamy:

“Moses the servant of God died there…and [God] buried him in the valley…” (Deuteronomy 34:5-6)

How could it be, the beraisa asks, that Moses wrote this in the past tense?  He’d have needed to be dead before writing it! (Bavli B Basra 15a)  The kabbalists take this position — R’ Isaac Luria maintained that Moses wrote the last eight verses after having been momentarily resurrected by God and R’ Chaim Vital, his foremost disciple, explained that Moses’ soul was departing as he was writing so it was as though he was already not really alive.

The beraisa answers in the name of R’ Yehuda (or perhaps it was R’ Nechemia) that, in fact, it was Joshua who wrote the last eight verses.  R’ Shimon and R’ Meir both dispute that Moses could have possible given over the Torah to the Levites (Deuteronomy 31:9) in an incomplete form and insist that he must have completed it prior to passing it on.  How, then, did he complete it if it records his death and burial?  God dictated and Moses wrote b’demah — in tears.  Logically, the former explanation is more acceptable, but halachically speaking, Moses’ Torah could not be called ‘a Torah’ for it was missing eight verses, and even a single missing letter invalidates a Torah.

The Talmud attempts to endorse the view of R’ Yehuda, asserting that the last eight verses are afforded an apparently inferior status than all of the previous text because “an individual can read it,” apparently implying that a minyan is not required for the laining (ritual recitation) of these eight verses.  Even though the section closes with the suggestion that R’ Shimon’s opinion can fit in with such a leniency, the law follows R’ Yehuda when he argues with either R’ Meir or R’ Shimon.

Maimonides sides with R’ Shimon despite the talmudic principle favoring R’ Yehuda, and despite the fact that none less than even the Ri MiGash, his father’s illustrious rebbe, accepted the view that Joshua wrote the last eight verses.  The Chacham Tzvi also agreed with R’ Yehuda, as did ibn Ezra, R’ Jacob of Vienna, R’ David ben Levi and Nethanel ben Isaiah.

Siding with Maimonides is Rabbeinu Bachya, R’ David Messer Leon and R’ David Pard , who countered:  If Joshua authored these last eight verses and the Book of Joshua, he should have included them in his own book; ergo, he did not write them — Moses did.

It were the comments of Chaim ibn Attar, however, author of the famed Ohr HaChaim, that struck me as very revealing:

“…these are the words of God, that He spoke and Moses wrote…I saw how Ibn Ezra wrote that Joshua wrote these words.  But it is improper to write that Moses did not complete the Torah scrolls…for I have heard how our fellow Jews become embroiled in this matter and are thereby thrown into doubt concerning the entire Torah.  For it is the contention of the heretics that the Israelites amended the Torah…”

The fact that he uses potential improper utilization of R’ Yehuda’s opinion as grounds for disavowing it rather than making a claim against the adequacy and validity of the mesorah of those who endorse it makes this approach deeply suspect of bias — Ibn Attar and those who agree with him cannot be accepted at face value because of their agenda to promote Torah via an ideological battle, endorsing something they think necessarily opposes that which undermines Judaism.  But Joshua writing the last eight verses doesn’t undermine Judaism!  It’s just as acceptable, if not more so, than saying that Moses did it.

Those who side with R’ Yehuda can be trusted to have no reason for touting their position other than pure integrity and maintenance of their accepted rabbinical traditions.