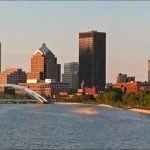 I stepped off the plane in New York and already I could feel the pull of New York, the attitude, the rudeness, the harried passengers rushing to their final destinations. I was shuffled with the rest of my flight into the mild air as I wondered how I would get to Bensonhurst to pick up my friends car, a $50 cab ride through rush hour traffic on the Belt seemed to be the best option – considering the fact that my plane seat neighbors iPhone told me the train ride and walk would take close to two hours. After visiting with my friend whom I haven’t seen in over a year – I debated on what to do next.

Last year, when I came home for succos I got burnt out because I had this idea that I had to see everyone so I went wondering all around New York trying to see people and in the end I couldn’t wait to leave. Not gonna lie, I still can’t wait to get back to work and those lovely fall temps we have in the Bay Area, but this year I decided on a different tactic. I had started having nostalgia for upstate New York, so I decided on hitting Rochester and then jumping down to Albany to visit peeps I haven’t seen in a long time as well. In between all of this visiting I really just wanted to see the places I longed for, the back roads, the sagging red barns and the decaying leaves as they were whipped around stark fields with abandoned rusting farm equipment scattered about.

I left New York early on Wednesday morning and although it was before first light, I still got stuck in the morning rush, stop and go on the Van Wyck and Grand Central and again to get on the bridge. Seeing the foliage on the Palisades parkway was super sweet and I was very disappointed with the breakfast special at Bubba’s which I used to enjoy so much. I am trying not to have any expectations, because my tastes have changed to the point that so many things are disappointing – especially food. The Bubba’s Bagels brealfast special was just one event, but I sat there wondering how someone could take such a simple thing as hash browns and screw them up? Or how a bagel could be served to a customer that wasn’t fully cooked – sure, I like doughy challah, but doughy bagels blow. Don’t even get me started on the coffee, in fact the folks in New York seem to take their instant coffee very seriously – where I live everyone has decent if not good coffee, but here people even have flavored coffee.

I wanted to bottle the drive from Monsey to Rochester and take it with me, it brought back so many pleasant memories. The sky was gray and the colors of the foliage vibrant as I meandered under the speed limit up route 17 through the Catskills and then the Southern Tier. I left the interstate after Binghamton and made me way through the small finger lakes towns and villages – I wanted to stop everywhere and just smell the fresh fallen leaves. The smells were so intense, that of fresh cut grass, soaked leaves and the humidity were so awesome.

I ended up stopping in Penn Yenn with the intent of a quick stroll around the beautiful downtown and then to the bike path along the creek, my yarmulke caught someone’s attention and I ended up in a 2 hour conversation with an old French Moroccan Jew who owns a liquor store there (more on him in another post) I’m fascinated with rural Jews so it was quite a treat to say the least. As I made my way to Rochester I was able to navigate all of the back roads by heart – the names were long forgotten, but somehow I knew ecxactly where to go and where I wanted to see. I marveled at how nice and cozy everything was.

One of the things I miss most about the East is the coziness of the towns and houses, one of the reasons I’m so excited to be living in San Francisco is that it’s a city filled with old and aged buildings that exude coziness, but most of the west lacks this 100 year old charm and is filled with modern buildings and corporate farms.

I haven’t been in Rochester in nearly 3 years, but it felt like it’s been longer. I just kept muttering under my breath as I drove through the streets that this was so “insane” and it was unbelievable how different it felt to me. The city felt so much smaller than I remembered, I tried to think about how long it’s been and how much I’ve changed since living there. I last lived in Rochester in 2005, then I spent close to 4 years in Albany, almost a year in Monsey and then short periods of time in the NY area and Dallas – until two years ago when I moved out to California. I was kid when I left and now I’m an adult, the reaction seems warranted.

The downtown area was smaller, more rundown and more dangerous than I had last remembered it. The main street running from downtown to the Jewish area was way smaller and shorter and less happening, but it all had its charm, the mansions, parks and houses were way nicer than I ever remembered them to be. The yesbhiva building where I spent 4 years of my youth looked more charming and stately than ever, its hip red brick facade covered in ivy. Even the shul, St Regis as it goes by, was much nicer and cozy than I ever remembered – although it was still just as unfriendly and cold towards visitors – I felt at home and liked being there very much.

Unfortunately the weather wasn’t too nice and I didn’t think about it being fall in these parts so my packing was a little too light. On on the first day of yuntiff did I get to take a nice long walk around the city and I could already hear myself thinking about every little bike jump and crack in the sidewalks where I used to rollerblade as a kid. I checked out the menus at the restaurants near the yeshiva that I used to dream about eating at and I was unimpressed, but still, the aesthetics and the general feeling toward the place was that of new found joy and longing to stay and enjoy this place for longer than time allowed.

I saw old friends and people whom I haven’t been in touch with for years, it was super nice and it all made me a little sad that I couldn’t go back to simpler times, before I started to broaden my horizons. It was interesting and sad to see how much and how little certain people have changed. It was all so strange, the one continuing theme of the time spent in Rochester was everyone bashing the liberals constantly and asking me how I can live in such a liberal place. It was strange because I don’t think I’ve ever spoken politics in the Bay Area at any shabbos table whether they leaned to the left or the right and in the few instances that politics was spoken no one was ever bashed or put down, it was all very polite and respectful – all the negativity towards the liberals was a little off putting, but I guess it was to be expected, especially when you have a bunch of Savage fans in the place you’re eating.

Davening at Beth Shalom was also an eye opening experience, when I attended yeshiva and even afterward, the yeshivish community would always put it into our mind that Beth Shalom was run by a bunch of liberal modern heretics who claimed themselves to be orthodox, so when I went there after all of my years going to different shuls I realized how far from the truth it was. In fact, I was a  little dismayed at how right wing it seemed to me, the nusach was quite yeshivish and the mechitza was higher than most other shuls I’ve been to recently. I guess it’s all relative, depending on what else you’ve experienced and who’s telling you the rhetoric.

One of the expectations that exceeded my expectations were the one family I really came to visit, the food and company was as I recalled and it was such a pleasure that it met expectations or memories. To me, the scariest thing about the changes I have gone through is the disappointment I find in things and people I used to be so fond of – it’s quite hard to visit someone you used to really admire to find that you cannot respect them the way you used to and luckily that didn’t happen so far on the trip.

← Succos 2011
Haven’t we learned anything from Rubashkin →

21 comments for “Rochester is different than I remember it”