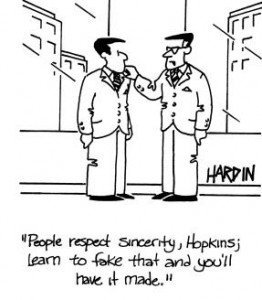 “Achas sha’alti me’es Hashem osa avakesh shivti b’veis Hashem kol y’mei chayai lachazos b’noam Hashem u’levaker b’hechalo,” “One thing I asked of God — it is this that I seek: to dwell in the house of God all the days of my life, to experience the delightfulness of God and visit his sanctuary (Psalms 27:4).

I’ve always seen these poetic words of King David as bursting with significance, and it’s no surprise, really, because this verse is used to bridge the awesome rapture of the High Holidays with the euphoric bliss of Succos.  In doing so, this verse serves to link that which we desire with that which we have hopefully achieved — a thoroughly real relationship with the Almighty.

To have a relationship with another is to be sensitive to the other’s needs — to succeed in that relationship is to help provide what the other is lacking, thereby fulfilling our purpose.  It is a very Akivan approach to suggest that God needs us — that there can be no king without loyal subjects.  But it doesn’t seem to me altogether contrary to the Ishmaelian approach to see our service to God as something He desires and anticipates, for He does present obligations, although we have the free will to ignore them.

There does seem to be, however, a subculture of Judaism so extraordinarily prevalent that it threatens to be the norm — and if one doubts its vibrant existence, one must read just a week’s worth of FrumSatire posts and comments to quell this uncertainty.

Call them what you like: hockers, fakers or hot chanis — to present the appearance that one is pious but to have something entirely else in mind shows a tremendous lack of sincerity, and a lack of sincerity is exactly what we are warned against:

The primary objective mentioned is not the fulfillment of the commandments, but the fear of Heaven.  I recently heard R’ Herschel Schachter say that in Europe, being called frum was taken as an insult, for it connoted a sense of advertising one’s piety without actually possessing any of it.  Being a faker is like intellectual and emotional prostitution — one might be doing all the right things, but they’re being done for all the wrong reasons.  It’s a great thing to be all we can be, but it’s a terrible thing to be all that we are not.

Have a wonderful yom tov!