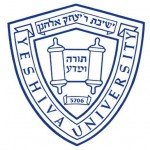 Nothing restores my faith in the fine institution known as Yeshiva University when they act more like a Yeshiva and less like a University.  This past Rosh Hashanna I had the pleasure to read their latest YU To-Go.  This publication shows me why I’m glad I didn’t spend my parent’s money on YU tuition.  You can get the same mal-education and krum-scholarship elsewhere.

Harsh you say?  Consider this gem.  One of the articles discusses a seriously scholarly topic — Why is there a difference in approach to many events between Sefer Melachim and Sefer Divrei Hayamim (the Biblical books of Kings and Chronicles for those of you maskilim who didn’t go to a Yeshiva at all).  Both books cover a similar time-frame, and yet, there are discrepancies in their stories.  So far, you think that this must be a scholarly article.  Now the author clarifies:  According to Chazal, Yirmiyahu (aka Jeremiah) wrote Sefer Melachim.  He also wrote his own book and the scroll of Eicha.  However, according to Chazal, Ezra Hasofer wrote Sefer Divrei Hayamim.  OK — this is a pretty safe approach by suggesting that Chazal were right (of course they were) and that we simply have two authors writing about the same period of history. Understandably they will probably report the facts  slightly differently. Right?

Now this is neither particularly sophisticated, nor scholarly accurate, but then again I was just expecting fluffy stuff from YU anyway.  It’s not like this is the old Shavuah Ivri of the Histadrut, where you have real scholars discussing these topics.  But then it hits me like a ton of bricks.  This is not just stam narishkeit I’m reading — it’s downright purim–toirah.

The author explains that is more than just author’s perspective at play, we’re also dealing with a different period of time.  Whereas most people know that Ezra lived about a hundred years after Jeremiah — according to the author in this edition of YU To Go, Ezra lives One Thousand years later! 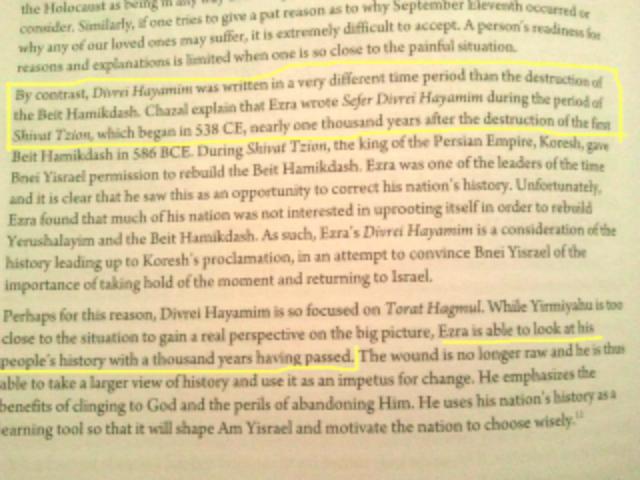 Yes, this makes Ezra into an Amorah living in the 6th century!

By contrast, Divrei Hayamim was written in a very different time period than the destruction of the Beit Hamikdash.  Chazal explain that Ezra wrote Divrei Hayamim during the period of Shivat Tziyon, which began in 538 CE, nearly one thousand years after the destruction of the first Beit Hamikdash in 586 BCE. […] Ezra is able to look at his people’s history with a thousand years having passed.

There’s not much to say about this this.  At first I thought this was a printer’s mistake, but then I realized that this is the author’s thesis.  According to her, Ezra really lived 1000 years after the destruction of the first temple.  And the editor of YU To Go let this through.  I could not be making this up if I wanted to. 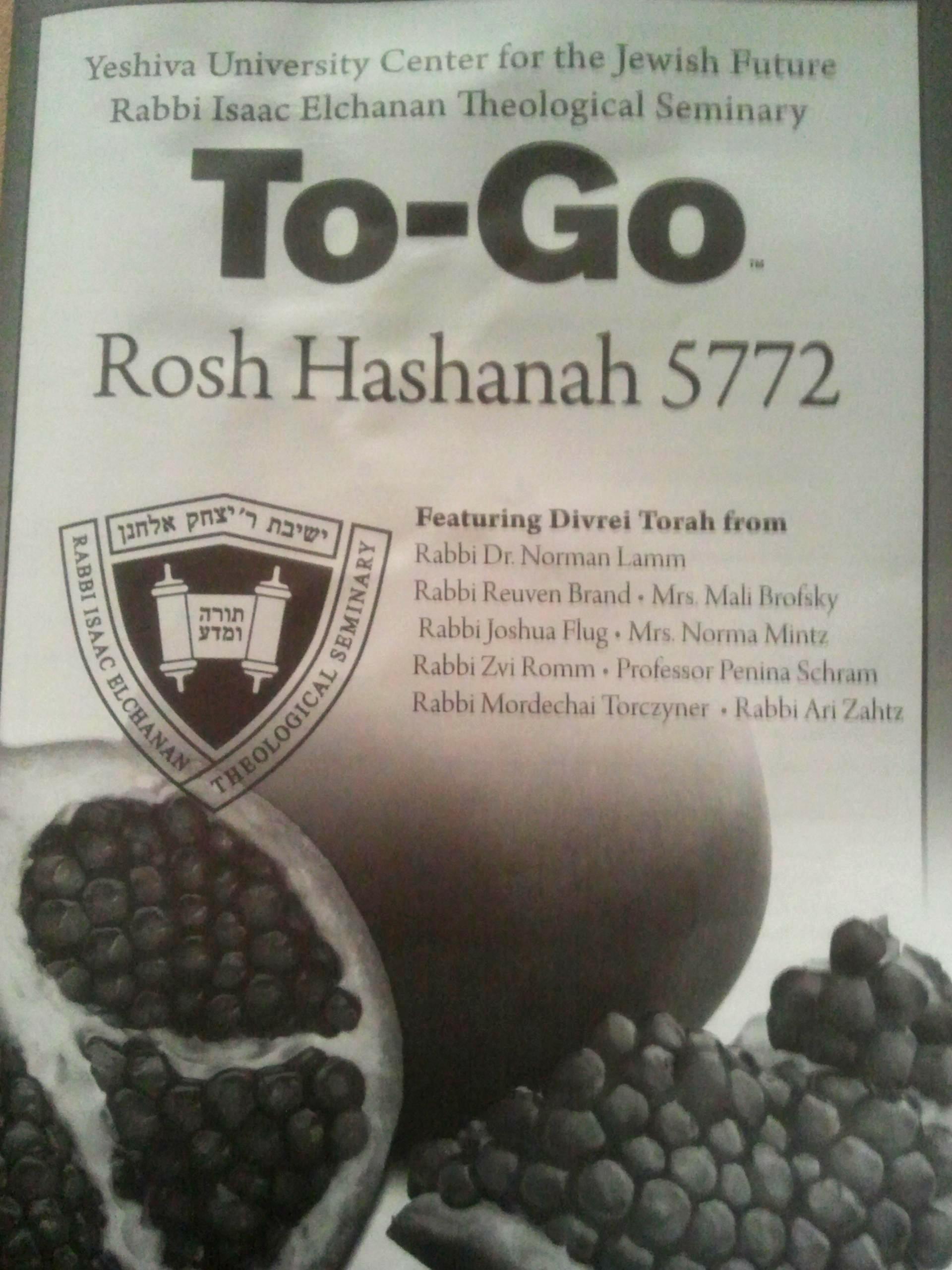 This is published by YU’s Center for the Jewish Future, where history is shmistory.  A shanda.

Am I being too harsh?  Should a simple mistake be allowed? You tell me in the comments below.  What should the expectation be for this kind of journal?