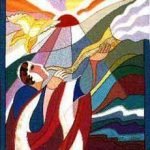 Just last week I was starting to figure out what I was going to do for Rosh Hashanah, when someone mentioned that it was next week, I had no idea, like in the past dozen years since I have left the mussar filled cocoon of yeshiva where I would hear about RH for a month before it actually happened. RH has decided to be sneaky and just appear out of nowhere, expecting me to ask to act like I’ve been getting pumped up for some good old fashioned repentance, when all I was thinking about was why it had to be a 3 day holiday and mess with my weekend mountain biking schedule.

When I did find out it was a week away, I quickly went into the logistics mode that is all 3 day yumim tovim. You see, the three day yuntiff is tricky because you really don’t want to wind up somewhere sucky that you cannot escape from, so it came down tdeciding between spending it at home in San Jose, in LA where I could hit up 6 different shuls and wonder around the hinterlands of “I didn’t buy a ticket I hope I don’t go through a Larry David situation” or go to San Francisco and hit up Hardly Strictly Bluegrass which is the biggest free concert of the year and conveniently falls out during RH and is walking distance to the shul I would go to.

I decided that LA was risky for a three day holiday, going to a bluegrass show in Golden Gate Park wasn’t exactly repenting and going to San Jose seemed logical because it’s the most mussar ladden of all the communities in the Bay Area, I also foigured that since I’m moving to San Francisco right after yuntiff, I needed to get my last hurrah in.

Luckily I had a shabbos to contemplate my faults and consult with the Lord so I didn’t go into RH blind. So on Shabbos afternoon this past week I took a sunset walk through a marsh in the Sierra foothills and spoke to the Lord at length about my wrongdoings and tried to be grateful for all the good stuff that’s been happening since I moved to California, my new job rocks and I just scored a really good deal on a place in San Francisco. So things are going good, but I’ve had this sense of gnawing dread lately and I’m kind of thankful for it, because my theory on teshuvah is that it’s quite hard to do when things are going great and quite easy to do when things suck. So I was kind of thankful for being in a sorrowful mode and it allowed me to kind of dwell on teshuvah and doing better in the coming year – whatever that may mean.

Search for teshuva on 4torah.com

12 comments for “When you leave yeshiva, Rosh Hashanah just sneaks up on you”