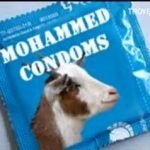 There is little that amazes me anymore, news stories, products and scandals I would have jumped on 3 years ago – rarely cause me to lift an eyebrow anymore. Yes, I’ve been desensitized, I have been exposed to such frum community madness that some rabbi merely molesting his students for 25 years is not enough, blaming disasters on the length of sheitles is just run of mill and even the kosher sex toy website I wrote about a couple of weeks ago, wasn’t that big a deal. So I really didn’t expect too much fanfare over kosher condoms, I figured it was just a novelty created by some quasi-religious Jews who read a bit too much of Heeb and wanted to elicit a few laughs, but when I found out that these condoms were the first to deal with several halachic conundrums, I tuned in and was shocked at what I found.

I will start with a story: A very good friend of mine once told me that he was dating a very baal teshuva girl who used to pre-open the condom packaging before shabbos so neither of them would violate shabbos by tearing any letters. While I was really moved by the mesiras nefesh that one would go through to honor the holy sabbath, it struck me as odd that no condom manufacturer had thought of this issue and try to corner the frum older singles market. There were already lubrication on the market that were certified kosher, so why not have condoms?

The new company,m ironically called Kosher Kondoms, has nothing to do with Kosher Water. They are based in Baltimore and as you guessedm, the owners are a husband wife engineering team who recently became frum. They missed the mess-free ease of using condoms when they visited other people’s houses for shabbos and wondered if there was a market for such an item. After speaking discreetly to friends and neighbors they realized that the market extended beyond those trying to keep their friends sheets semen free, singles whom had gotten birth control heterim and those who felt that pills were not halachically correct because they played god, even the carlebachian crowd who viewed pills as dangerous because they were not organic, expressed interest in  having a kosher condom.

Not only was the packaging a problem for shabbos, but the perforated lines created issues because you are not allowed to tear along the lines on shabbos, unless it was for food and so they attempted to make the condoms edible. When making an edible condom proved too extreme, they decided to include a small peice of Must-Gum in the package so that technically the shabbos issue was solved. I also learned that many condoms use treife lubrication, some of the time it is made from chazer and some of the time from grease recycled from basur v’cholov – there is no issur against using pig for non-eating benefit, but using basur v’cholov is downright assur.

Not only did the fine folks from kosher kondoms figure out a way to make 100% kosher lube, they made it parve and kosher for pesach, unlike most kosher lubes – it contains no-kitnyos.

Search for kosher condoms on 4torah.com