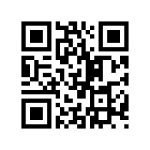 The frum or not app from Israel is super cool, I wish I would have thought of it first – it could have been the frum satire app that one of my programming buddies said he would create for me if I could just figure out what it would do. The Frum Or Not App is really good for people in Israel who need figure out where to eat and what shul to grab a quick davening in. It works with the Iphone camera and you can set it to a variety of haskafos so that it will tell you if the person you are taking a pirture of is in fact frum – according to the ideals of the chosen hashkafa.

The App is quite revolutionary because it really brings such issues as observance and dress correlation to the forefront. Many orthodox leaders continue to deny the importance of dress to religious practice and this simply tells them that they are wrong. For instance, a friend of mine recently found a girl who looked frum from across the street was actually wearing denim that was tight enough to be revealing her panty line, the sleeves on her blouse were beyond the tightness advised by the tznius regulation comitteee and her sheitle was .04 milometers too long. Her status was instantly reduced from bais yaakov girl to shababnik in a manner of 3 seconds.

The App has obviously caused a bit of an uproar in more left wing and modern orthodox circles, but the developers for the app say that these groups aren’t frum anyway and therefore should not be concerned as they will automatically be labeled as non-frum – in fact the App has a nifty little alarm that tells you when non-frum Jews are lurking about.

Now I wonder if anyone will do a site that is similar to the old site “hot or not” where people voted on the hotness of random people who uploaded their pictures to the site? Frum or Not would be the same, except people would vote on whether or not someone was frum or not…

Search for the frum or not app on 4torah.com