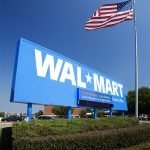 God provided me this idea in the middle of shemona esrei, I was saying chonen h’daas which is a pretty cool blessing for someone who sometimes takes the brain for granted and God put forth the idea to write about the frummy obsession with Wal Mart. I was thinking of this, because although Wal Mart is an evil corporation, frummies don’t seem to be into the whole boycotting thing and besides, workers rights are a socialist thing that goes against everything Rush and Palin stand for.

Moshiach in times of distress: Every time something bad happens in the frum community, you can be sure that everyone will start to claim moshiach must be on his way, apparently he’s/she’s been on the way for thousands of years and although he came multiple times, the non-Jews never recognized the validity of Judaism (I wonder what stream will be the one Moshiach annouces is authentic – I can imagine the uproarif conservative or even chabas is picked as the right way to practice Judaism by our savior) Right after Lieby Kletzky and the Kabalist stabbing there was a lot of talk of moshiach and then with the Earthquake and Hurricane, oy, moshiach was in the air After 9-11- it was moshiach.

Pizza: As mentioned earlier in the week, frummies are obsessed with pizza, it’s like the frummy version of going to the movies. Saturday night is pizza night, kids off from school? Time to get pizza. Legal holiday? Pizza Time…A frum community doesn’t have the chance of growth without kosher pizza, that’s how I know the bay area is doomed and Izzy’s par-baked pizza doesn’t count.

Blaming the Gay’s: It’s becoming a frum obsession to blame the gays and gay marriage for everything, don’t you think it’s just the goofy Rabbi Levin pulling this BS way of deciding why God is doing something, it’s everyone – you can’t sit through a frum speech nowadays without hearing about the gays – frummies are obsessed with gays. I’m just waiting for some big Rav to come out of the closet and announce he’s moshiac in a pizza store on ave J on motzoi shabbos.

Wal Mart: Granted, in many places there’s not much open past 9pm besides for Wal Mart, but frummies have this crazy obsession with Wal Mart – maybe because they sell everything at the lowest prices, where else can you find pas yisroel bread made in china and gaze upon such cool devices like televisions and women’s intimate wear. The aisles are also 5 times as wide as the local frum grocer and Wal Mart is used to poor folks with dozens of children running amok at all hours of the night – so I guess frummies fit right in.

Shidduchim: Every parents worst fear is having an older girl in shidduchim, so of course they’re obsessed, the second their daughter hits 22 they start these tehilim sessions and looking closer at those segulah ads in the Yated promising a shidduch if you donate a bunch of money to some very sephardic looking guy bent over a baba sali. Frummies also love making shidduchim, although judging from the shidduch crisis they may want to seek a new profession, like selling snoods in their basements.

Tznius: Whether it has to do with maintaining tznius or blaming something on tznius, you can hardly have a discussion with someone of the frummy nature and not run into the tznius gauntlet. Tznius is a great way to keep women down, while convincing women that they are on a higher spiritual level and that’s why men don’t have to take responsibility for their own actions.

Gedolim: They are the leaders that know all and one of the requirements of being afrummy in the first place is to always agree with the gedolim, regardless of the fact that they are only human, fact is they aren’t only human – they are super human, at least they are now that Making of a Gadol was banned and we cannot see that they were in fact real human beings and not god’s.

Chinese Auctions: It seems like everyone is doing it and you can be sure if someone has one of these things, they have to be a frummy, who else would bid on cherry wood book cases and fully stocked garage freezer – the type that every frummy woman dreams about.

Being frum: It’s true, frummies are obsessed with being frum, but what strikes me as interesting is that most of the stuff they seem to notice is external, like how how your mechitza is, ow black your hat is and how shiny your yarmulke – basically they car about being frum as long as others can see how frum they are.

Chumras: Part of trying to be really frum is trying to always think of new chumras, go and take a look at any frum forum and you will see the frummies trying to sling shit around by saying that no one is tznius anymore, no one respects their elders and that we have to do something about this – pther frummies joion in the mix by saying they have noticd this and that it’s high time for change, no one offers solutions except for more chumras, kind of like not enforcing the current laws and just adding to things already on the books.

Search for frummies and their obsessions on 4torah.com