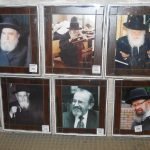 I first heard the term “gadolatry” attributed to the late professor Arthur Hertzberg. A portmanteau of “gadol” and “idolatry,” the word “gadolatry” refers to a perceived phenomenon in Orthodox Judaism where select rabbinic leaders are treated with a degree of deference or reverence, bordering on worshipping the person of the rabbi himself. That Dr. Hertzberg would coin such an inflammatory term is not surprising given his personality, such that reactions offense or outrage are as intentional as they are predictable. However, it has been my experience that those strong passions on either side have turned the reasonable question of the role of the gadol in Judaism into the single greatest impediment to intelligent religious discourse in the Orthodox Jewish community.

While I have no expectations of resolving this divisive issue, I do hope to explicate the rationales implied when one invokes a gadol, and why others may find such an argument unconvincing.

In order to participate in an intelligible or meaningful debate, opposing sides must accept certain mutually agreed upon assumptions or premises relevant to the discussion at hand. This prerequisite can be particularly challenging in religious debates where the logical foundations are not based in empirical fact as much as one’s subjective faith, though such statements of faith are often presented as fact. Thus if only one side assumes an idea as a religious truism, the conversation will quickly deteriorate into personal attacks on the other’s religious integrity.

To illustrate this distinction between “fact” and “faith,” consider an instance where one cites a passage in the Talmud to support a halakhic or theological position. Whether or not the passage appears in the Talmud is a matter of “fact” which one can easily verify by looking up the citation in the Talmud. However the significance of that passage – i.e. the degree to which it is determines normative Jewish thought or practice – is a subjective matter of “faith” Often based on one’s tradition. For example, according to Maimonides the Talmud is final authority in determining the universally obligatory or prohibited laws for all halakhic process (Introduction to Mishnah Torah). For others popular practice takes an equal if not superior role in determining halakha, as demonstrated in the idiom “the custom of Israel is Torah” (Ramban Commentary to Pesachim 7b). Today it is not uncommon to hear from Orthodox rabbis, “we don’t pasken from the gemara.” To some degree the fact/faith dichotomy is at the core of any argument in which one invokes a “gadol” to support a position in an argument.

The term “gadol” means “great one” or more specifically a “great rabbi,” whose opinions because of his greatness, are treated not only as superior to those of ordinary rabbis (let alone common Jews) but may also be considered to be the definitive religious position on any given subject. Similarly, its plural form “gedolim” refers to a collective of great rabbis, which in addition to the implication of rabbinic greatness, also conveys the perception of consensus among the religious elite. Thus, when one invokes a gadol or attributes a stated position to a gadol or the gedolim, he is not only appealing to the higher authority in support of a position as much as arguing that the gadol’s affirmation itself determines the correct Jewish position. Conversely, any position which contradicts or criticizes a gadol or the gedolim on matters of halakha, theology, or even public policy is inherently illegitimate if not an outright heretical affront to the Jewish religion or even God’s will. In either case, any position contrary to that of a gadol is summarily dismissed purely on the authority of the elite rabbinic persona.

Appeals to a gadol and gedolim are primarily predicated on two categorical assumptions of faith.1 The first set of assumptions are ontological, in that there does in fact exist within Judaism an elite class with the final authority over legal, theological, and public policy questions to which all Jews must adhere and all lesser rabbis must defer. It is important to distinguish this elite class from the Sanhedrin which was a formal judicial and legislative body with its own qualifications, procedures, and regulations. Even if the other party in the argument agrees that certain rabbis are greater in some way than others, he may not necessarily bestow upon those rabbis the superior authority implied by the designation of “gadol.”

The primary obstacle with this assumption is that it is nearly impossible to verify or reject without similar assumptions of faith regarding the source(s) of religious authority in Judaism. Were one to support the existence of such an authoritative informal institution, one must provide some basis to justify that position. One such option would be to find supporting (or opposing) sources in Jewish texts such as the Bible or Talmud. However, even if these sources are considered part of the religious canon, their respective authority may be disputed and their meanings reinterpreted. In the Talmud itself we find differing opinions relating to the legal normativity of the books of the Prophets,2 and the Rabbinic sages often reinterpreted Biblical verses outside of their literal meaning – the most famous example of which being Ex. 21:24 “an eye for an eye” to mean a monetary penalty (B. Bava Kamma 83b-84a). Finally, as noted above, even the normative role of the Talmud is disputed among Orthodox traditions, not to mention the authority of interpreting Talmudic sources.

In other words, the very question of religious authority in Judaism requires a priori assumptions of faith regarding the very sources of religious authority with which to justify one’s position. After all, rabbinic authority is defined by the Rabbis, and the gadol’s authority would only be validated through the authority of other great rabbis, even those of an earlier era. The authority of any institution must come from some place outside of itself, and unless that source of validation is agreed upon a priori, the question of any authority is never answered, only deferred. Therefore, arguments for the existance of an authoritative gadol class through Jewish texts will not result in definitive conclusions.

And yet, if the existence and authority of an elite rabbinic class is granted, the second set of assumptions which need to be addressed relate to its membership. In particular, two questions which must be answered are 1. who is considered to be a gadol or among the gedolim and 2. what is the criteria by which one makes those determinations. Rarely (if ever) will an individual rabbi declare himself to be a gadol – such a declaration would be not only the mark of arrogance but blatantly self serving. Thus membership in the gadol class must come from an outside source.

Given the elite status of the gadol one may suspect that only one who has attained this elite status could in turn bestow it upon others. Rabbis can only be ordained by other Rabbis, members of the Sanhedrin appoint their own colleagues. To attain a high rank, one suspects the authority must derive from an equal or higher authority. However, there is no such formal mechanism of meritocracy for gedolim. There is no formal election, recognition, or proclamation indicating when a rabbi has achieved greatness. Thus, despite the magnified importance and authority attributed to the gedolim, there is no objective criteria to identify or define them.3

None of this is to argue that great rabbis do not exist. Every field of knowledge has it experts, and indeed, some may argue that similar to other areas of knowledge the gedolim are the recognized authorities in their field such that their opinions ought to carry greater significance. In other words, even if deference to gedolim is not mandated by Jewish texts it should still be expected by dint of the gedolim‘s superior expertise.

However, there are three important differences between the expertise of secular scholars and gedolim and the expectations in relating to that expertise. First, there are important differences in how such expertise is determined. Usually this is measured in terms of the academic output of publications or contributions to a field, except that each field has its own criteria for evaluating the quality of another’s work. Works in the sciences or social sciences must include a section on methodology – how is data collected and why were those conditions valid (if not optimal) for collecting data. In the humanities where there is more subjectivity, scholars not only justify the veracity of their claims or interpretation, but in many cases must justify the very existence of their scholarship. After all, who needs another essay on Hamlet.

As noted above, there no objective criteria by which to similarly evaluate the expertise and contributions of gedolim. In fact I would argue that this is by design. Secular experts seek to convince others of the validity and importance of their research, and so much meet certain formalistic requirements evaluated by peer review. But gedolim by definition of their elite status could only be properly vetted by other gedolim. Gedolim have no need to convince others of the correctness of their positions when those others lack the stature to use their own judgements.

Along these lines, the second difference between secular experts and gedolim is the expectation of obedience. Unless one is a university student dependant on GPA or a PhD advisor’s approval, there are no practical negative consequences for rejecting any expert’s theory. Even an expert’s devotees cannot expect to attract followers if they simply demand obsequiousness to their chosen mentor. On the other hand, a gadol is responsible for determining Jewish law, in which case his word becomes the law itself – which all Orthodox Jews must ostensibly follow. Due to this religious authority, it is not surprising for gedolim to attract a cult like following who will in turn attempt to get others to follow the gadol’s authority because after all, the religion commands it.

The third difference between secular experts and gedolim is also perhaps the source of the most of the controversies in Judaism. Specifically, what are the expectations when one speaks beyond their respective fields of expertise? Secular experts rarely venture beyond their training if they have not done appropriate research, and if they do, there are usually well defined rules of engagement for making a persuasive case. But gedolim frequently issue proclamations affecting public policies of economics, bioethics,4 criminology, or international and local politics. Instead of acknowledging that perhaps a gadol may contradict actual experts, supporters may argue epistemologically that all knowledge is encoded in the Torah, such that an expert in Torah is automatically an expert in all fields of knowledge. But this too is ultimately an assumption of faith, not fact.

One final point which must be mentioned is that not all references to gedolim follow this pattern. It is difficult to discuss contemporary Jewish law without at least consulting with the works of R. Moshe Feinstein or R. Ovadia Yosef, both of whom are considered gedolim even beyond their immediate constituency. Yet, not everyone who cites these undeniably influential sages does so with the expectation that their positions must be normative law binding on all Jews. The distinction between citing an invoking a gadol is in the expectation of unquestioning deference to the gadol’s position.

In conclusion, despite any pretense of a logical rational argument, most appeals to gedolim in religious arguments are not intended to advance a discussion but to end it through the imposition of one’s faith, or at least several components thereof. And as with most arguments of faith, it is usually a pointless excessive to counter argue on those terms. In this regard Dr. Hertzberg was correct in coining the term “gadolatry” – not in the sense that those who follow gedolim are idolaters, but in the minds of a non-trival segment of the Jewish population, when one disputes the sacred authority of a gadol, he might as well argue with God himself.

Search for more about the gedolim on 4torah.com