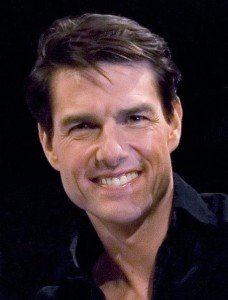 What exactly did Moses receive on Sinai?

The account of the Tzelofchad quintet (Numbers 27:1-7) provides a remarkable insight into this divergence.  Their father, having died in the wilderness in a  non-riotous related incident, was going to lose out on his inheritance, and they claimed that they should rightfully receive his share of land in Israel — Moses then turns to God to find out what the appropriate ruling ought to be.

But didn’t Moses already know what the ruling should be?  It’s right there in Numbers, chapter 27 verse 7…why didn’t Moses just roll the complete Torah scroll that he wrote at Sinai to the chapter in which this matter is discussed and not have to bother God for information to which he already had access?

Pinchas continues (27:13-14) by rehashing Moses’ infraction at Merivah (20:7-13), bringing to mind the main plot twist of Spielberg’s Minority Report.  In the film, Tom Cruise plays John Anderton, an officer at PreCrime, a law enforcement agency that prevents murders by catching the murderer before he or she commits the murder.  The murders are perceived via precognition by a team of psychics, and about half an hour into the film, Cruise’s character is predicted by the psychics to murder one Leo Crow and he must flee as a certified future criminal in order to clear his name.

“Leo Crow?!” exclaims Anderton, “why would I kill Leo Crow?  I don’t even know a Leo Crow!”

If Moses received the entire text of the Torah at Sinai, as R’ Akiva claims he did, he should have just steered clear of rocks.  “Hit the rock?!  Why would I hit the rock?  I love rocks!”

And the same goes for quite a few other accounts mentioned in the Torah: the golden calf (Exodus 32:1-14), the blasphemer (Leviticus 24:10-23), the second Passover (Numbers 9:6-13), the wood gatherer (Numbers 15:32-36), the company of Korach (Numbers 16:2-4), the few good men who became spies (Deuteronomy 1:21-22)…and this list is far and away from comprehensive.  Whenever Moses was faced with a stinging challenge or a query of critical national importance, it appears from the text that he didn’t see it coming.  He always seems sincerely surprised at these usually negative turn of events and, in response, seeks a solution from God with earnest inquiry on each occasion.  Was this all an act, or was he somehow able to subconsciously compartmentalize that which he was predicted to do from that which he actually did when he did it?

R’ Ishmael answers this parsimoniously with great success — the firm claim that Moses did not receive the entire Torah at Sinai solves these inconsistencies and more, because unlike the prophecy uttered by Grampa in The Simpson’s Movie, the text of the Torah is quite explicit when it speaks of these future incidents — Marge sort of gasps in horror upon each partial revelation of the cryptic prophecy coming true — but anyone reading the text of the Five Books of Moses can clearly see what’s predicted, and it’s reasonably an impossible mission to suggest that Moses was merely acting baffled when he was later faced with these events in real time.

In contrast, R’ Akiva’s position seems to be a predecessor of today’s bold yet irrational response to contemporary thought — ostentatious and flamboyant in the hopes of loudly championing what is perceived as something necessary to defend against: the assertions of sectarians and Christians that the Torah is neither immutable nor fully binding, and what better way to emphasize that the entirety of the Torah is equally binding than to claim that it has existed as a complete unit since 974 generations prior to the creation of man and that it was given in complete and utter totality to Moses at Sinai?  Altogether, R’ Akiva seems to be engage in relatively risky business to promote grandiose ideas that lead to more problems than solutions when evaluated from a logical perspective.

← Leiby Kletzky’s Funeral
Blessing the Bad with the Good →