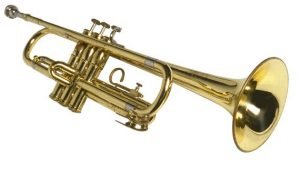 Fresh off of last week’s discussion of what God can’t do vs. what He won’t do, I thought it would be interesting to discuss, somewhat, what man can and can’t do.

Bilaam is hired to curse Israel, but he blesses them instead.  Each time he is questioned, Bilaam responds the same way: “lo uchal la’avor es pi Hashem” (I cannot trespass over the word of God), and he elaborates by saying that “I cannot speak anything that God does not allow me to speak.”

When Bilaam says that he can’t speak anything that God has not put into his mouth, he can mean to say two different things:

These two options are very different indeed, and when reading through the parsha, one can read both versions into the text.  In verse 22:12, God instructs Bilaam not to go with Balak’s messengers and not to curse Israel — seemingly in line with option 1 above.  In verses 20 and 35, God seems to be reminding Bilaam that even though he is accepting Balak’s offer, he is to comply with God’s wishes — again, this is seemingly in line with option 1.

Verse 23:12, 26 and 24:13 put a bit of a spin on this — in response to Balak’s ire at the blessings, Bilaam asks rhetorically, “am I not to say what God puts into my mouth?”  While the notion of Bilaam’s independence remains, it might appear that a degree of divine coercion is in play as well.  Moreover, the first two blessings, which appear immediately following an overt mention of a prophetic incident, are both preceded by God placing words into his (Bilaam’s) mouth (23:5, 16).  Perhaps this is just biblical poetry, and that’s how the Torah transmits the incidence of Bilaam’s prophecy, or perhaps Bilaam was not acting of his own volition when he made these prophecies of the blessings.

Such a dichotomy of thought exists in our mesorah — according to the Rashbatz, the prophet was “nothing more than a trumpet producing whatever sound was blown into it,” (Magen Avos 74b — Leghorn, 1795) and for this he finds an intriguing source in the Midrash Tehillim (90:4):

“R’ Elazar said in the name of R’ Jose ben Zimra: All prophets knew not what they were prophesying while they prophesied…Samuel, the master of all prophets stated “And the Lord sent Jerubaal and Bedan and Yiftach and Samuel (Samuel I 12:11).  It does not say “and me” but “and Samuel,” for he was unaware of what he himself was saying.”

This is an Akivan approach — one that emphasizes God’s prestige in his solitariness rather than in a partnership with man.  This is in line with the explanation of Moshe kibel Torah miSinai (Avos 1:1) as a reference to Moses’ complete and utter self-effacement in passively accepting the Torah and transmitting it without change — there was no insertion, no deletion and no alteration.

Conversely, the school of R’ Ishmael proposes a more vibrant human participation is prophecy.  In the preliminary Haftarah blessing, we evoke those selected for their prophecy and mention how God was “pleased with their words spoken in truth” and we recall the “true prophets.”  What made them “true” other than their dutiful fulfillment of the word of God (to transmit other words of God)?  But if the prophet necessarily went into a trance to deliver his or her prophecy and, as the Midrash puts it, was unaware of what was coming from his or her lips, in what sense are the words of prophecy the property and responsibility of the prophet?  They are God’s words spoken by the prophet by coercion.  And what of Jonah’s delinquency in delivering his prophetic message to the city of Ninveh…if the prophet is but a trumpet, since when do the instruments decide when and where they will play in concert?

Another interesting spin on this is the concept that a prophecy given to two different prophets will yield different prophetic messages.  The Talmud (Bavli Sanhedrin 89a) discusses this point, bringing the story in the Navi (how appropriate) in which King Yehoshafat invalidates the 400 so-called prophets based on the striking uniformity of their prophecies (Kings I 22:6-8) — he had a tradition from his grandfather’s house that no prophets would ever provide the identical prophecy based even on identical revelation.  This suggests a tremendous individualization to prophecy that serves to link the prophecy to the prophet, something hardly in line with the prophet as a mere conduit through which prophecy flows.

I found this all very intriguing — but what does it mean for Bilaam?  What did he mean when he said he “can’t” — was he speaking literally or figuratively?  I leave you with that question because I could not come up with a comprehensive solution, but I did think this topic was intellectually stimulating and quite worthy of mention.

← Freedom Flotilla, Orthodox Hooliganism, and the Contest for Best Hummus
Covering your knees and elbows will help free Rubashkin and Shalit →