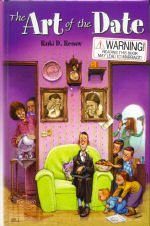 As much as we kiruv industry professionals like to think we have prepared the baal teshuva for the real (frum) world we really haven’t. So while the girls know how to to dress according to tznius social norms, the guys know how to wear their yarmulkes and everyone seems to be pronouncing their suf’s and tuf’s as if they grew up modern orthodox, they really don’t have a clue and while there are many instances where the Baal Teshuva (and converts too) may need help, several of you have expressed distress while joining the complicated world of frum dating – otherwise known as the shidduch crisis.

The average baal teshuva entering the shidduh market is already behind, they are usually older, better looking, better educated, have no yichus (royal lineage) and if they are a girl – their parents are much less likely to support their husband in the lowest paying doctorate program on earth (Kollel) This is without even talking about the social disadvantages, many people don’t want to date or their kids dating Baal Teshuvas. With that said, I would like to give my insight to possibly help the BT navigate the complex world of shidduch dating.

Why won’t FFB’s date me? As the frum community becomes more open (mostly due to the internet forcing some people to look at their stupidity) more and more people who grew up orthodox are dating out of their rigid caste. You may not hear of many yeshiva guys marrying BT’s, but I can tell you that more and more parents are considering it an option for their older single girls. As the shidduch crisis tightens its grip on the supply of eligible singles, many people are looking to those newly minted BT’s as options – but still dating BT’s is a sore subject for many people.

FFB’s are an elitist class of people who secretly think that anyone who became frum is nuts, but instead they say things like “I’m not sure about dating someone who was not all there, that they needed to search for something and make such a drastic change” I’ve heard this statement and multiple ones like it dozens of times from FFB’s young and old. Many FFB’s are secretly afraid that BT’s have are more likely to go off the derech, turn out to have mental issues or become stark charedi overnight. Basically FFB’s think BT’s are nuts, but instead of saying it, they say things like “I’m not into dating BT’s because we are from different backgrounds” or because they were expecting a shver and shvigger – not just regular old inlaws.

Complimenting girls/guys is untznius: The Jewish Press used to have this really dumb shidduch article where a reader writes in and an anonymous male and female would each chime in about their feelings on the subject. The article is kind of stupid because you never knew the respondents hashkafic levels and their responses were way too mature. Anyway, there was this whole issue for what seemed like many weeks long about whether or not it was unztnius to compliment a girl on a date and of course the blogs at the time ate it up. In the frum community, it is generally frowned upon to compliment a girl in any way (because this means you cannot be kovesh your yetzer and may come to waste seed at some point in the near future) There are many forums about when the appropriate time is to compliment your date (I have heard you should wait until you are engaged or at least the 4th date)

Do you want to go out again: The beauty of the shidduch world is that men never actually have to be men, instead of gritting their teeth and asking the girl on her stoop whether she wants to go out again (or invite you up-just make sure you brought your tefillin) you just say goodnight and the second you hop in your car the shadchan calls you and says “nu, what do you think?” and of course no matter what you say – you will always have to go out on a second date. Traditionally, many frummies will go out a bunch of times before they decide to go secular and actually ask each other out or talk on the phone without pre-prescribed shadchan calls.

Kind of like when your friend says to ask out some girl in 7th grade because she likes you, the shadchan acts as your go between in the beginning and many people use this as a crutch to save themselves from actually dating or putting any emotion into it.

You can’t just ask her/him out: As strange as it may seem, merely going up to some cute girl you davened next to at the post davening meat market at Mt Sinai (in the heights) is not really the thing to do. You have to find someone who knows the girl and then she has to facebook stalk you, my friend told me that even on the Upper West Side he was considered pimpin’ by the ladies who expressed glee at being asked out in shul – so even there it is not so accepted to ask someone out. For instance, if you attend a shabbos meal and play footsie the entire time with the gal sitting across from you, it would still be strange to go up to her and ask her out – you could of course go on a shabbos walk, but the men of NY are said to have small balls in the asking out department and in turn the ladies have responded by forcing you to through one of your mutual friends and have some sort of awkward phone call that consists solely of loshon horah filled Jewish geography.

Luckily for me I don’t have these problems, the ladies tend to ask me out quite a bit, but in general the frum dating world does not look fondly on assertive women.

What do you mean I’m too educated: I’m sure other cultures have this problem, but within frum culture there are two issues with educated and gainfully employed women (unless you work in some sort of therapy which you can make your own hours) and these are that their priorities are not in the home, “if they are always working how can they have children?” The other silent claim is that frum men are brought up to think they are smarter than women and therefore are turned off by women who make more than them. Luckily for baal teshuvas they cannever be held accountable for their poor previous decisions, like becoming a surgeon or an electrical engineer.

You haven’t been frum long enough: Just like women always cut their number of sexual partners in half, you may want to double the time you’ve been frum. Every time I try to set up BT’s, someone will inevitably ask how long they have been frum for (which I think is a perfectly valid question) and you best be counting a little beyond the actual transition, like that time when  you washed and benched with a mezuman for a pulled pork sandwich – you were frum already.

You can never go dutch: I one time went dutch with a gal and the shadchan chewed me out after the date, so that was the last time I went dutch, I just made them pay for everything from now on because the tolls were always so high in NY. Bascially, with shidduch dating whatever makes the girl have to have an opinion is a bad thing. The guy has to do all the work and the girl has to show up and in the end you rarely get laid on shidduch dates – now you wonder why there’s a shidduch crisis?

Girls do not want to be seen on dates: This may need to go at the top of the list, but for some reason girls never want to be seen on a date. If they are seen smiling, someone may ask when the chasunah is, if they are seen texting under the table they may be wondering what number date it is – regardless you cannot take a girl out in their neighborhood and if they see someone they know – rarely will they introduce you because frum people in general are terrible at introductions.

Going out for drinks: Although it has become more acceptable for modern orthodox singles in their 30’s to go out for drinks, real frum folks never go out for drinks, they go to lounges (typically the lobby bars in chain hotels – where drunken middle aged men go to drink their insurance conference blues away) or prior to 9-11 to airports for sodas, but never do they drink alcohol – it’s pricey and many of the girls who haven’t entered the shidduch crisis yet are underage. I do wonder if any shidduch dater has ever slipped some roofies into his/her dates drink?

Things the shadchan doesn’t want to hear from a BT: There are a whole slew of things that will ruin your chances in the shidduch world or just make it really hard for you to ever find your bashert (luckily for you, you probably already had sex – because all BT’s did in their former lifetimes was have sex, eat McDonalds and do drugs)

That you don’t get along with your parents.

That your parents are not supportive of your decision.

That you are unwilling to relocate.

That you are out of the box – shadchans need normal boring people – interesting BT’s are too hard to set up.

That you don’t want children – no BT would really say such a thing, because part of what made them frum undoubtedly goes back to the “beautiful shabbos meal” that they went to at some rabbis house with 10 screaming children.

That you will not date other BT’s or converts – because as I said above FFB’s generally don’t want anything to do with you.

65 comments for “The Baal Teshuva’s guide to shidduch dating”