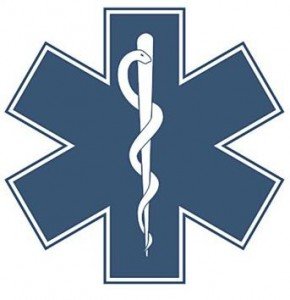 With all the back and forth between Jack Black’s Ignacio and Steven the tortilla chip thief about God vs. science, one is easily led to believe that the two are mutually exclusive — but that is not the case.

For His reasons, God has devised a world in which it appears as though he is absent.  The kiruv rabbis will rail against the notion that God is only a boreh (creator) and not a manhig (supervisor) — one will often hear them proclaim that “God did not create the world and then put it on a spring and let it run,” but it certainly appears that way — it’s called nature.  God devised a beautifully intricate system in which literally every single miniscule segment has the overwhelming possibility of affecting nearly any other segment in some way or another, and, of course, I exaggerate a bit, because I don’t really see how the blesbok population can affect VY Canis Majoris or vice versa…but I digress.

This week’s parsha sees Israel complain about the manna and God strikes them with nechashim hasrafim — “venomous snakes.”  The people offer their apologies, and God instructs Moses to make an image of a snake and put it on a pole and when the people look at it, they will be healed.  What’s up with that?

The Talmud (Bavli Rosh Hashana 29a) asks the same question, comparing this scene to the one in Beshalach when Moses raises his hands during the battle with Amalek — “Do the hands of Moses make or break the war? Does the copper snake provide for life or death?”  Certainly, it appears, these two scenarios are too irrational for the Talmud, for it complains that these solutions don’t make any sense.  How can some metal on a pole take the place of antivenin?  Sounds pretty ridiculous, and the Talmud agrees.

Enter God.  The Talmud responds by saying that it’s not the hands of Moses or the copper snake that made any real difference — no, these were just mnemonic devices to remind Israel of what is above.  When the nation turned to once again appreciate their Father in Heaven, the people were helped miraculously.

But how can we relate to this?  It’s very often difficult for us, in 2011, to see how messages from a 1312 BCE text can make a difference in our lives.

Judaism teaches that God is indeed a supervisor — but the level of supervision can take many different forms.  Sometimes things appear to occur as though they should not happen, and it appears miraculous, while other times, things appear to follow the established reality.  We may take NSAIDs, such as ibuprofen, to counter pain and inflammation, and we might lose sight of the Godliness in the fact that the cyclooxygenase enzyme responsible for eliciting the physiologic phenomena of pain and inflammation can be inhibited in the first place.  When medication works for the millionth time, we tend to forget about God and focus on the medicine — that’s a concealment of God in nature.  That’s us forgetting that nature is a supervised reality that is just so amazingly perfect that it appears Godless.  But when it worked for the first time in a Petri dish, it was amazing!

The Talmud (Bavli Brachos 43a) discusses how one should refrain from pisiya gasa (taking large steps while walking) and describes a sort of visual impairment that can result if one does not heed this warning.  Moreover, it is suggested that peering at the kiddush cup will help restore the eyes, and the Shulchan Aruch somehow concludes that this applies to looking at the Shabbos candles.  What does all this mean, because it’s certainly no less ridiculous than suggesting that looking at a snake on a pole will cure a snakebite, and the Talmud didn’t like that, either.

So perhaps we can explain it in this way: we spend the week running.  We run here to strike a deal, we run there to coddle a client and we run back again for a sale.  The message we oft hear is that none of this really matters — it’s all really from God.  Really, that’s only sort of true.

We live in a world that appears to run by itself, and if we don’t play the game — if we don’t coddle the client — we may not seal the deal.  But God is there behind the system, even if He makes every attempt to have the system proceed without deviation from what appear to be random chance events and known parameters of probability.  We mustn’t turn our backs on nature, or the unwritten rules of economics, epidemiology or meteorology; rather, we should embrace these constructs…we just ought to realize that they are merely constructs and recognize that there is a Constructor, even if He prefers to hide.

When we look at the cup of grape juice or the Shabbos candles on Friday night during kiddush, it is like looking at the copper snake — we are to see that the running of the whole week is not really, in it and of itself, a productive thing — it’s just playing along with how God wants us to operate.  The visual impairment sustained by taking large steps is not a physical reality but a spiritual reality — we can easily lose sight of our priorities, and turn to theft and other questionable business practices, as well as forget that God exists.

If it really was just a rat race, how would that be consistent with us (very meticulously, no less) taking every 7th day off?  A client is a client and a deal is a deal and sometimes they can’t wait for the weekend to be over…but we desist from our material struggle and peer at the candles, emphasizing to ourselves that God was not only a boreh but is also a manhig.

← Will the “Freedom Flotilla” Reach Gaza?
Picture of the century: The Tznius Ruler →