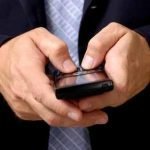 The following article was sent to me at least a dozen times today because the author Steve Lipman mentioned Frum Satire andif that many people were interested I figured you folks might be interested in the piece as well, see the originally in the Jewish Week.

At a recent campgrounds Shabbaton sponsored by a local Modern Orthodox high school, the teenage participants broke into small groups after the meals, as is usual, to talk with their friends.

On their cell phones.

Of the 17 students who attended the weekend program, said 17-year-old Julia, a junior at the day school, most sent text messages on Shabbat – a violation of the halachic ban on using electricity in non-emergency situations.

“Only three [of the 17 students] didn’t text on Shabbos,” Julia says. Most did it “out in the open,” sitting at picnic tables. “They weren’t hiding it.”

The students at the Shabbaton were not the exception for their age group. According to interviews with several students and administrators at Modern Orthodox day schools, the practice of texting on Shabbat is becoming increasingly prevalent, especially, but not exclusively, among Modern Orthodox teens.

It’s a literally hot-button issue that teachers and principals at yeshiva day schools, whose academic year ends this week, acknowledge and deal with it in both tacit and oblique ways. For the most part, they extol the virtues of keeping Shabbat rather than chastising those who violate it.

The practice has become so widespread – some say half of Modern Orthodox teens text on Shabbat – that it has developed its own nomenclature – keeping “half Shabbos,” for those who observe all the Shabbat regulations except for texting; “gd Shbs,” is the shorthand text greeting that means good Shabbos.

Not surprisingly, because of texting’s high-tech nature, it is the frequent subject of bloggers and discussion groups on the Internet.

Schools are still looking for ways to deal with the issue, how to recognize the extent of the problem without issuing directives that are likely to be ignored.

“It’s a big problem,” says Rabbi Steven Burg, international director of the Orthodox Union’s NCSY youth group. Teens who text on Shabbat are an open secret in their schools and social circles, he says.

“Adults don’t know how common it is,” one student at a local yeshiva day school says. “Everyone is doing it.”

Someone who identified himself as PJS wrote last year on the kavvanah.wordpress.com Website of an encounter with Shabbat texters: “On the first night of Rosh Hashanah I was walking home after dinner at friends. Passing through a neighborhood park, I passed a group of clearly frum kids – boys and girls – whose faces were illuminated by the lights from their cell-phones, iPhones etc as they texted away.”

The Shabbat texters, according to anecdotal evidence, include kids who grew up in less-observant homes as well as students from chasidic or so-called black hat backgrounds.

“People have been whispering about it for around a year or so … and only recently have begun about to speak about it out loud,” Rabbi Jay Goldmintz, headmaster at the Ramaz Upper School on the Upper East Side, wrote in a recent column to Ramaz parents.

Open rejection of an Orthodox lifestyle, addiction or susceptibility to peer group conformity?

Orthodox teens’ texting on Shabbat is a little of each, students and administrators tell The Jewish Week. Some teens say they see their parents making their own compromises with the letter or spirit of Jewish law, and don’t think a text message on Shabbat is any different.

“It’s almost a problem of addiction,” says Rabbi Burg. American teens, according to surveys and anecdotal evidence, communicate with their friends during the week primarily by sending text messages on their cell phones. It’s hard to stop for 25 hours, the rabbi says, if they feel everyone else is doing it. “In high school, the world revolves around their friends. Everything is about your friends and your social group.

“They don’t think [texting on Shabbat] is that bad,” Rabbi Burg says.

In an email message, Rabbi Boruch Perton, educational director of the Hebrew Academy of Montreal, added: “The thing about texting is that it can be done anywhere. The bathroom or the bedroom are private places.”

Rabbi Perton said his day school recently tried to enforce a ban on using cell phones during school hours, “When we did take away a phone,” he said, “the amount of pain the student was in was literally unbearable. The parents would beg and scream because they were getting it at home from their kid and just wanted to end their own misery.

“If the students and their parents lose their equilibrium when a phone is taken away for a week, can such a child stop on Shabbos?” the rabbi asks. “I hope so, but do not know.”

Miriam Shaviv, a columnist for the London Jewish Chronicle, wrote recently that Orthodox teens “openly discuss whether they keep ‘half-Shabbos’ or ‘full Shabbos.’ There is apparently no shame attached to this violation.”

Texting on Shabbat has become a frequent subject of on-line discussions: “They are the failures of Modern Orthodoxy or they are the failures of Orthodoxy-lite.” (kavvanah.wordpress.com); “Children will text each other in stealth. Their divine service is external; if no human being sees them, it is as if it hasn’t happened” (Rabbi Steven Pruzansky’s rabbipruzansky.com).

The frumsatire.net Website carried a fictional report that Modern Orthodox rabbis “have begun to consider texting during shul on Shabbos to curb talking,” in order to keep synagogues quiet during religious services.

Teens who text on Shabbat rarely discuss its halachic propriety, said Leah, who identifies herself as Conservadox and attended a Modern Orthodox day school for several years.

“My mother knows – I text her,” to let her mother know her whereabouts.

“It’s definitely a stage” that many teens pass through without necessarily leaving the Orthodox world, said Rachel, a recent graduate of a local yeshiva high school. “It’s not a defiant thing.”

“They still believe in God” and consider themselves Orthodox,” Julia said of her friends who text on Shabbat.

The Orthodox teens who agreed to speak about this subject asked that their full names not be used, lest their parents or teachers or more-observant friends find out.

The Challenge Of Technology

Chani said she is typical. A student at a New York area yeshiva high school, she started texting on Shabbat when she discovered that many of her Orthodox friends were already doing it. “I was just so bored” on Shabbat, she said. “I had nothing to do.”

Though she was going through a crisis of faith, texting on Shabbat was her only lapse from religious observance. “I was not driving” on Shabbat. “I was not eating non-kosher.”

Why did she text, when she wouldn’t do other prohibited acts?

Most of the teens who text on Shabbat do not weigh the halachic and spiritual implications, Chani said – they know it’s wrong, but do it anyway.

Chani stopped texting on Shabbat after three years, when her religious faith deepened. She said she knows many other teens who gave up Shabbat-texting after returning from a post-high school year in Israeli yeshivas.

For many Orthodox teens, keeping “half Shabbos” has apparently achieved the status of Orthodox men who do not wear a kipah on the job or Orthodox women who wear pants or do not cover their hair once married, both considered violations of outright halacha or established Jewish practice.

“If in previous generations the biggest challenge to Sabbath observance was making a living, today it is technology,” Rabbi Goldmintz wrote in his column to Ramaz parents. “These are kids from otherwise shomer Shabbat homes who nevertheless sneak into their rooms or down the street and use their phones or computers to text or tweet with friends. These are not (yet) necessarily kids who are so called ‘off the derech (i.e., who have wandered off the religious path) for they otherwise may not turn on lights or televisions, but they just can’t break the social habit. They keep Shabbat, but not all of it.”

“You can’t say that the kids who text on Shabbat are ‘off the derech,’” said Dr. Michelle Friedman, a psychiatrist who works extensively in the Orthodox community. Texting on Shabbat does not necessarily lead to other violations, she said. “This is a separate category.”

While some teens reportedly rationalize their practice by claiming that texting uses a low level of electricity, thereby reducing the severity of the prohibition, texting is as forbidden on Shabbat as any other use of electricity, Jewish experts in technology say. “Pressing electrical buttons on Shabbat is prohibited. The only justification to permit this is in various security needs or medical conditions,” a spokesman for the Israeli-based Zomet Institute, which deals in matters of halacha and technology, told The Jewish Week in an email message.

“It is universally accepted in the halacha-respecting community that electronics are off-limits on the Sabbath,” said Rabbi Avi Shafran, a spokesman for Agudath Israel of America.

Some observers describe teens as experimenting with the limits of sanctioned and non-sanctioned actions in a Jewish version of the Rumspringa practice in which Amish 16-year-olds are free to engage in banned behavior before formally affiliating with the church and abiding by their community’s norms of behavior.

Texting on Shabbat “is probably more prominent [in the Modern Orthodox community], but it is by no means exclusively there,” Rabbi Goldmintz wrote. “Someone once suggested that it all got started when observant kids signed on after Shabbat and realized how much their non-observant friends had been communicating over Shabbat and they didn’t want to be left out ever again.”

Students from local Orthodox high schools say teachers and administrators usually handle this topic in a subtle way, talking about the beauty of Shabbat rather than ordering an outright ban on Shabbat texting. (Besides Rabbi Goldmintz, none of the rabbis or principals from several local day schools contacted for comment by The Jewish Week returned the newspaper’s messages.)

Preaching to teens would be ineffective, said Julia, who attended the Shabbaton where most of the students texted. “It’s a waste of energy to argue with the kids.”