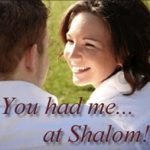 As a general rule, frum singles hate singles shabbatons, they go because one of their more open minded friends has asked them a billion times to, their parents offered to pay or they feel they have to – but hardly anyone goes because they think it will be a fun time – that is besides me. I haven’t been to a singles shabbaton in years and when I did go to them I had a blast, mostly because they make for amazing material and the awkward conversation is priceless, but even if you aren’t going to make fun of it on your blog there are numerous reasons to go to a singles shabbaton.

1. Look everyone else is old, desperate and lonely: A lot of frum singles feel they are all alone, they feel that they are the last ones in their class to be single (this is usually true) and they feel that they have no companions to get them through the dark years of the shidduch crisis. They hit 23 and they feel life is downhill from there, so it’s great to see that you aren’t alone and it’s good to use the uglier, lonelier and more desperate singles as a stepping stool out of your “never gonna get married” funk.

2. You can get some: It is a proven fact that the longer people stay single the less frum they become, in fact, I am willing to bet that many folks on New York’s famed upper west side were yeshiva boys or bais yaakov girls at some point before they realized they may never find their bashert – this is good news for those of you that are trying to get some. Singles events are great places to find a “friend with benefits” or a little post oneg action.

3. Chizuk: There’s nothing like hearing Esther Yungreiss or Paysach Krohn telling you why you’re single, it’s truly uplifting to hear two married people tell you that you’re being too picky and unrealistic.

4. People watching: If you love watching people conversing and interacting a singles shabbaton is like no other venue. Everyone is there with an agenda, everyone is basically there to meet someone and everyone is kind of ruthless. The cock blocking is extreme, the mean girls who are hot, but won’t date you are there in full force. The nerds are with each other and the frummies are eying the yarmulkes to see if anyone is hashkafically comparable with them. This is the meat market at its best, everyone vying for a different piece of meat and no one actually finding it (I stand corrected – we have seen 10 couples married at our events…)

5. You may actually meet someone: I’m not saying you’re going to meet your future husband or wife, but you never know where the old guy in the sky is going to drop them off. For all you know, you can meet them during a conversation at the urinal (if you’re gay or interested in trannies that is) so why not try and attend the meat market you may actually find the piece of meet you were looking for.

6. Looking over the mechitza: One of the coolest things about singles shabbatons is that there is always something to look at over the mechitza and the ladies are always looking back checking you out too. One of my favorite things in Judaism is how the mechitza can actually make ugly girls hot, just by the fact that they have suddenly become forbidden by this wall (don’t worry we orthodox Jews practice separate but different roles) so it’s nothing like the south or anything.

7. Food: Not that east coast Jews are over weight or anything, but the food tends to be fairly decent at these events. The oneg is always full of dry baked goods, generic soda and cut up under-ripe fruit, but the kiddush is usually pretty good. (this is based on pre-northern Californian taste buds – I am liable to say that the food probably sucks at these events)

8. Gays can get a room together: It was news to me, but my last friend to attend one of these things told me that there were quite a few gay dudes on the thing and the good news is they could get a room together and no one would ever know – save for the grunting and such. I just heard about polar bears (white haired bears) and was just thinking about the frum version of that.

9. It’s kind of like vacation: A lot of people aren’t independent enough to realize this, but you are actually on vacation and you don’t have to do what everyone else is doing. For instance, you may in the Pocono’s, but if everyone at the event sucks – go off on your own and explore. I have noticed in general that New York frummies aren’t the most exploratory – tending to stick to the ordinary – but still this is vacation, unless you happen to be in Monsey or something – then I can’t help you.

10. It makes you more frum: Think about it, the whole point of the weekend is to stand out and show these people why they should date you over any of the other thousands of singles over the age of 23 – so you can work on that shuckel, extend that modiim and actually show up on time to shul.

So I know it’s a bit late in the game, but a dear friend of mine asked me to post about a singles shabbaton in the Pocono’s this coming weekend. It’s being run by Jew Ventures and it’s featuring kiruv superstar and shabbat.com creator Ben Tzion Klatzko – if anyone signs up I may even get some kickbacks. You can use the discount code frumsatire to Jew em’ down a bit. They are saying there will be 300 Hot Yid’s there – so who knows maybe you’l meet your bashert…

← Chassidim: The Taliban of the Jews!!!
I absolutely hate being added unknowingly to Facebook groups →