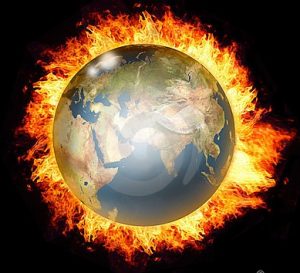 This might be my last posting — it has, after all, been prophesied that the world will end tomorrow about 2 hours before Shabbos is over in NYC.

This weeks parsha begins with a slew of promises — conditional guarantees of military triumph and economic prosperity as reward for observance of God’s will and what amounts to tragedy and destruction for disobedience.  R’ Jonathan Rietti speaks about the exceedingly credible validity behind the fulfillment of the vast majority of prophecies mentioned in Tanach, but most of them are so ambiguous as to be nearly worthless (“your seed will be lights of clarity to the world” Genesis 12:2-3 and “all nations will be blessed through you” Genesis 18:18) or seemingly self-fulfilling (“you will never stop learning Torah” Deuteronomy 31:21 + Isaiah 59:20-21) in that if there were no Torah learning, there would be no one watching to see if the prophecy came true.  So while R’ Rietti’s presentation on the matter is far from satisfying, I’d say it’s not completely without value.

Conversely, Harold Camping’s prophecy that tomorrow will be the beginning of the end (with the end of the end coming 5 months later on October 21, 2011) is silly — but not for the reasons everyone is reporting.  If one believes that prophecy (that God communicates directly with man), or at least apocalypse (that man can discern God’s intentions even without revelation), can exist theoretically, the reason why one ought reject Camping’s assertions is because he’s a false prophet — he predicted the same thing in September of 1994.  Of course, he gave a weatherman’s prediction of that destruction by claiming it was merely a “very high likelihood” that the world would come to an end, but seeing how poor of a prognosticator he is from that episode, there’s no reason to give any further predictions any credibility.

But to say that his prophecy is crazy because it’s so unlikely…that the world will end with earthquakes and disaster on May 21, 2011 — that’s the nature of prophecy.  If he predicted something likely, it wouldn’t be a prophecy!  If he predicted the rise of user-generated web content and social websites, that would make him a good analyst, and if he predicted the death of Osama bin Laden, that might make him a keen military strategist — because these things are very likely occurrences based on the availability of knowledge of past and present events, and so predictions like these do not make someone a prophet.

← The Heights and depths of dating
Did Jesus save you today? →