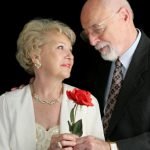 It’s no coincidence that the Blogging world is filled with shidduch blogs, I would say that they are right up there in popularity as the Israeli political blogs and ex-frum heretic style blogs. They are filled with angst, sadness and stories of people making them feel like crap. Apparently it doesn;t get any better after you’re married, because then those same people who called you picky, will come back nudging you about having children (basically they want to hear “we’re trying” which is closest that frum married folks can talk about their sex lives in public) So here is a list of the best ways to make folks who are statistics in the shidduch crisis feel like crap.

Im Yirtza Hashem By You: How on earth did such a lovely bracha become one of the most hated things by frum singles everywhere? Well it may be that it tends to be said without much sympathy, as a way to remind said single usually at a wedding or other celebration that they are in fact not married. It makes some girls feel so bad that they refuse to attend simchas in order to avoid this bracha. I think they should come up with a new bracha, like may you make the most of your shidduch dates by writing a best selling book or getting a lot of free food out of them.

You’re being too picky: I sure hope you’re being too picky, we don’t want the frum divorce rate to go higher than it is already (the young divorcee’s are overshadowed by the shidduch crisis) Yes, some people are picky, but let them do whatever they want – who are you to judge that they are being too picky – it just makes them feel like poop.

You’re obviously not ready to get married: I hear it all the time and my response (besides for go F yourself) is that if everyone waited until they were “ready” no one would be married. Telling older singles you’re theories as to why someone is not married is beyond terrible – it makes them feel worthless and want to commit suicide. I have no doubt that plenty of older singles have contemplated these thoughts – I myself wouldn’t be willing to give up the kick ass mountain biking in Northern California for an afterlife of beis medrish.

You’re obviously not interested in getting married: That’s another hurtful way to tell someone they are being too picky or too judgmental. Yes, many singles are being picky and judgmental, but it’s probably because they see how miserable some folks are in marriage and don’t want to make the same mistakes.

Don’t be so shallow: I figure that under the right circumstances anyone can get it up long enough to procreate a couple of times, but some folks actually want to feel some sort of attraction to their wives – yes, secular society has crept in teaching us the laws of modern day attraction – skinny, big boobs and a great face and apparently women are also looking to be attracted to their husbands these days as well. A set of good horses and a sawmill just won’t do anymore.

I have the perfect guy/girl: The second anyone says this, it means they know of one random single that they can set you up with. It makes people feel hurt, when they are viewed as desperate, the Blogesphere and Jewish newspapers are filled with hurtful singles telling how much they hate when someone has the perfect match for them. Back in the day I would jump at the opportunity to date these perfect matches, because they were always the most off and therefore most fun.

Trying to figure out what’s wrong with the person: There’s obviously something wrong with the person if they are single and over the age of 23, trying to figure out what is wrong is always a bad move. I’m not even talking about with the person themselves, I’m talking about asking your older single friend what’s wrong with her friend – this implies you think all older singles are screwed up. You don’t really know someone’s story, not everyone starts dating at 24 and not everyone even thought of settling down until their 30’s – though I would argue that anyone who lived in one place for 5 years with a steady job is settled down.

Telling stories of people who wouldn’t go on a second date who got married: I can’t say these stories hurt my feelings, but they piss me off. Whenever I would tell someone why I didn’t want to go out again, the shadchan would tell me some sappy unrealistic story about how some couple never would have seen themselves together who eventually got married. These stories fill up the pages of frum shidduch guides and that really crappy shidduch column in the Jewish Press. You are not making people feel good by telling them how hopeless they are.

Ignore the one single in shul: One of things frum singles feel most hurt by, is the fact that they are not fully part of the community (in 50 years the married folks may be the minority and who will have the last laugh) so don’t just ignore the one single in shul, invite them to your house and make them feel good about themselves – I don’t get depressed, but frum singles are all about wallowing in their sadness and loneliness.